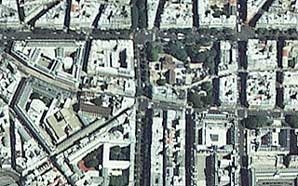 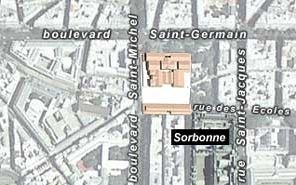 Hypothetical reconstruction of the layout of the baths based on the basic urban planning unit of 300 Roman feet.

Present-day map of the area.

In Roman times, the baths occupied a trapezoidally-shaped insula. The south side, which was the short face of the trapezoid, was exactly 300 feet long. North to south, it measured 375 feet (or 400 including the part of the building that extended into the decumanus to the north). The baths covered an area of slightly more than one hectare.

Within this insula, two large areas can be identified:

We can see that the bathing section-whose general structure is arranged symmetrically on either side of a north-south axis-is also the product of a modular arrangement that has been partially deciphered.