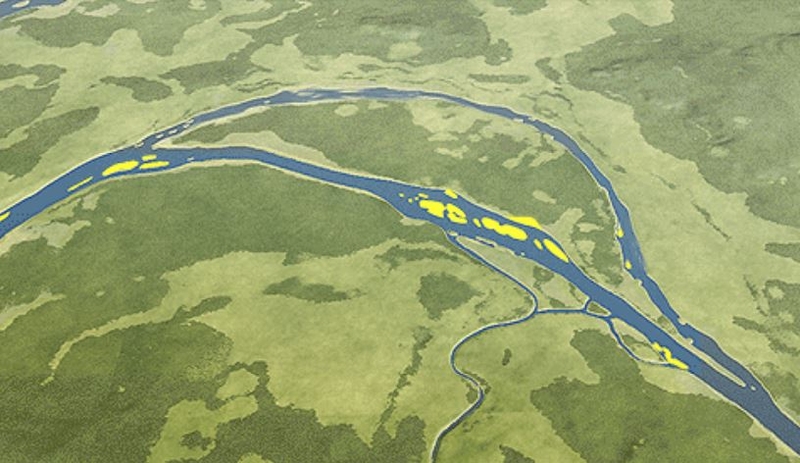 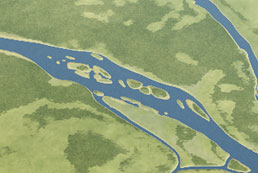 Location of the islands.

3D graphic of the islands.

In the Seine's present-day configuration, the islands of Paris are only an imperfect reflection of how they appeared before urbanisation began.

Before man altered the flow and course of the river, the location and shape of the islands were very variable-they formed and disappeared over millennia in function of the river's peregrinations.

Even the one island whose history we can trace is hardly an exception. In the beginning, the Île de la Cité consisted of a sandy core covering several hectares around which banks of alluvial deposits had accumulated.

We should imagine an "island" surrounded by islets separated by small winding waterways. On one of these islets, traces of human presence going as far back as the Neolithic were found. It is difficult to say much more about this, since increased activity of the Seine starting in the Late Empire washed away a significant amount of deposits. We can see to what extent the topography of the islands fluctuated and how difficult any sort of reconstruction is.

The islands' constant evolution was not without consequences. They played a determining role in how colonisers saw the site - although they made it easy to cross the river, they also made navigation difficult. This makes it easier to understand the role that the boatmen played in Antiquity, as they knew better than anyone the subtleties involved in navigating the river.