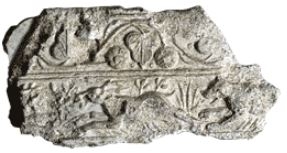 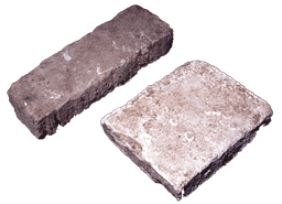 We now know of another local industry at Lutetia: that of plaster production. Plaster has been found at in destruction layers of nearly every habitation site excavated on the Sainte-Geneviève hill.

Its use as a building material starting in the 2nd century CE coincided with the widespread appearance of masonry and the increasing density of the urban area, which caused a shortage in commonly-used building materials.

Plaster's widespread use is explained by its technical qualities (it is easily extracted, malleable, and quickly made) as well as its decorative aspect-although Vitruvius disapproved of its use. It was extremely inexpensive and could be used to imitate polished stone or marble.

Plaster is made from calcinated gypsum, which is readily available in the Parisian soil. The Romans mastered the art of plaster production, and created high-quality building materials in a variety of forms. These included: