In 2008, on the occasion of the construction of a new sorting center for the SYCTOM (intermunicipal syndicate for the treatment of garbage in Paris region), archeologist discovered archeological remains of a Mesolithic occupation (9 000 - 5 000 BC). The deposit was located in the 15th district of Paris, in Henry-Farman Street, north-west of the Heliport, next to the Boulevard Peripheric and protected by 4 meters of overflow silt from the Seine.

For the first time, evidence of itinerant hunter-gatherer were discovered on the banks of the Seine in Paris. They were nomads, who during hunting, established on these banks a settlement for a few weeks, a halt to renew their weapons. They left behind traces of hearth and many flint arrowhead, since during this period, the bow was the favorute weapon of hunters. 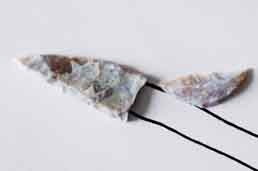 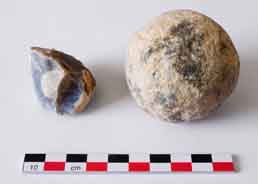