In the 35th century, Clairvaux II featured a palisade that closed off the village from dry land.

About ten long houses were grouped together in a single row, with their doors giving onto the lake. Somewhat more in the open, two wooden trackways provided access to a small island where the granaries were built. Each house gives the impression of being somewhat autonomous.

Thus, a house made of ash will also feature a section of the palisade in ash. One house over, where oak was chosen for the foundations, the palisade will be made out of oak. From the door of the house, one had a view of the lake and the granaries, but not the domestic space of one's neighbors. 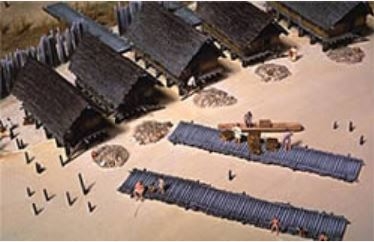 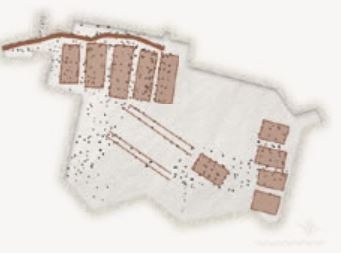