The back of the house 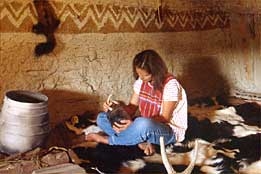 Location of the back of the house.

Reconstitution of the back of a 30th century BC house.

Generally free of tools or other vestiges, the back part of the house was probably used for sleeping or other activities that did not require much light.

Perhaps this is where clothing was stored, in particular those that were well-preserved. Textiles, capes, caps bags made from woven tow were assembled using thread and strips taken from the bark of the linden tree. This tow clothing was designed to protect wearers from rain and cold, much like the roofs of houses, which were also made from sewn plates of linden bark. 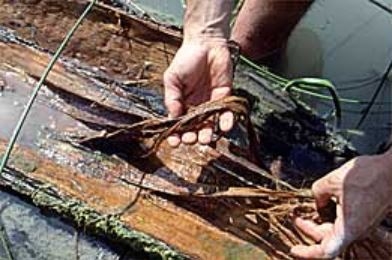 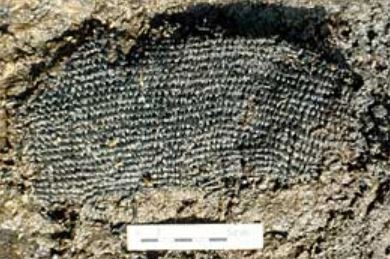 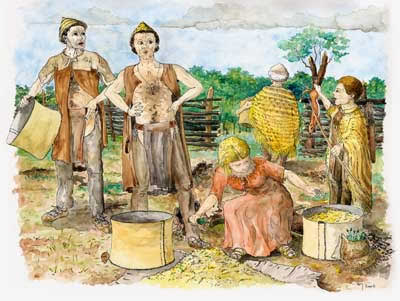