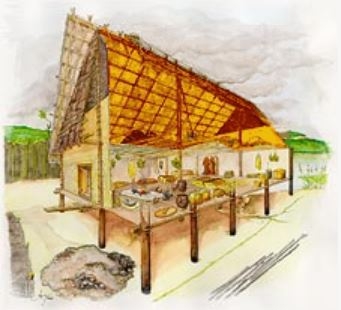 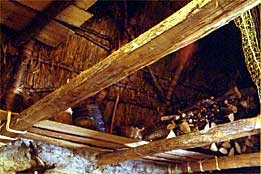 Location of the attic.

Reconstitution of a 30th century BC attic.

Cereal grains are so often found in fire layers that it is possible they were most commonly stored in houses. At that time, only the ears of grain were harvested, leaving the straw behind.

To prepare these ears and to clean the grain, they were first crushed in a large mortar made of beech using a hazelnut wood pestle. The grain was then ground by hand, before the flour and its bran were sifted or winnowed. On the ground and in the attic, large numbers of cylindrical boxes made of stitched linden bark were used for storage. Some of these recipients measured a meter in diameter. 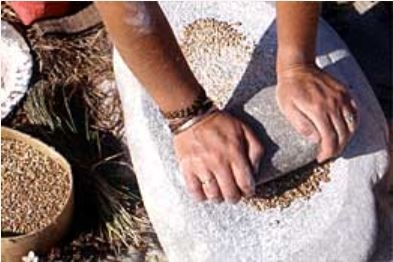 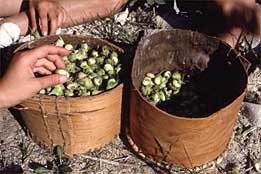 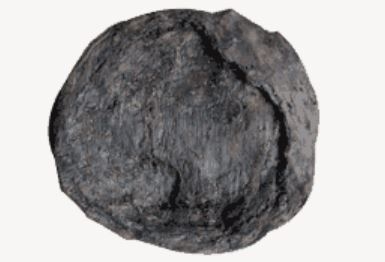 Hazelnuts and reconstructions of cylindrical boxes made from stitched linden bark.

Box made of tree bark.