The general diagram showing all the posts for Chalain 19, dating from the 32nd to 30th centuries BCE, show traces of a wooden trackway, built on double posts, which connected the village to dry land. Subsequent repairs give the impression of two unbroken lines of posts.

The village was enclosed by a palisade, which was also regularly rebuilt.

The entrance to the village was underscored by very thick posts made of split oak, designed to safeguard the entrance and to impress visitors.
Inside the palisade, the layout of the posts is not immediately easy to decipher, because the houses were rebuilt more or less along the same lines for at least two centuries.

Although population density peaked in the late 31st century, the villages began to settled far many decade.

Here the map of Chalain 19 has been simplified by removing all posts made of ash; these posts date, for most of them, from the 32nd century. What remains are the master posts made of oak, which have been attributed to the transition in the 31st and 30th centuries BCE.

The internal organization of the village starts to appear with squat houses built on four rows of posts, arranged on either side of a street running perpendicular to the shore. This village is thus built according to a northern layout, but with southern-style houses that were built with the arrival of Neolithic settlers, probably from the southwest border of the Massif Central.

This is a remarkable case of acculturation through mutual borrowings between local communities and new arrivals. 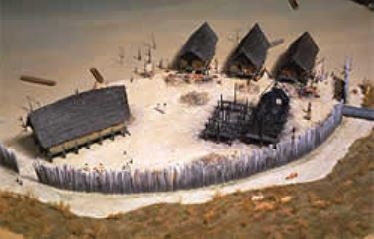 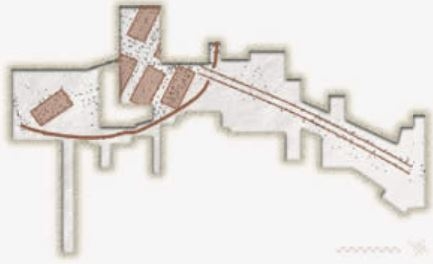 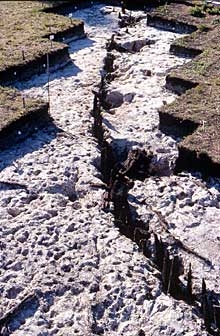 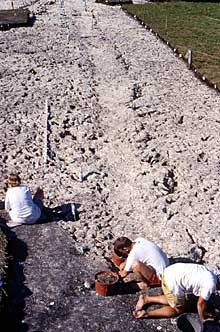 Map of all the Chalain 19 posts.

Drawing based on A. Viellet.