To understand the construction methods for one of these raised-floor houses, two independent approaches were taken.

First, a strictly archaeological approach, based on the foundations of a granary at Clairvaux II that dates from the 35th century BCE. The layout of the floor, roof and walls was hypothesized from the position of the preserved pile ends. 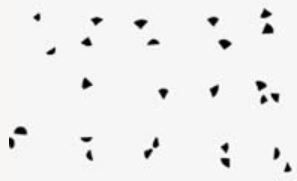 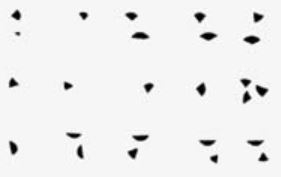 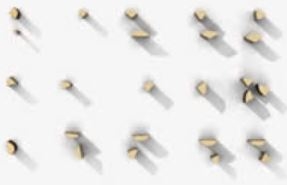 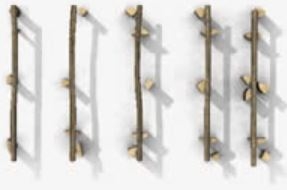 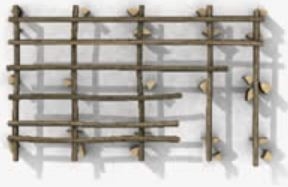 Map of the posts.

Setting up the sleepers.

setting up the poles.

Reconstruction of a granary's floor.

At the same time, a study was undertaken of the architectural logics (which are many, but not endless) of similar, present-day communities, particularly those at Lake Nokoué in Benin and in New Guinea.

Comparing these two approaches, there seemed to be only one way that these Neolithic houses could have been built.

In order to verify these archaeological interpretations, it was necessary to build a life-size experimental reconstruction. To do this, the archaeologists needed to know what kind of tools were used to fell and shape trees. This was no problem, since both the Chalain and Clairvaux sites yielded an impressive set of maple and ash axe handles, polished stone axes made of alpine rock, and hundreds of axe sleeves made from deer antler. A sleeve was an intermediate piece that allowed polished axes that had been broken or shortened by frequent sharpening to be reused.