At Chalain at the beginning of the 32nd century, we witness the complete change in orientation of the long houses, which now are arranged in two rows on either side of a street running perpendicular to the shore.

This is the northern model that was adopted following the arrival of settlers from the Horgen culture, who imposed new social traditions.

From the door of the house, the villagers only saw a section of the road and the dark entryway to the house opposite. The visual surveillance of the grain harvest completely vanished. 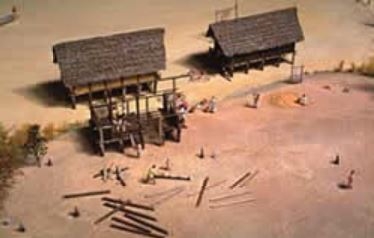 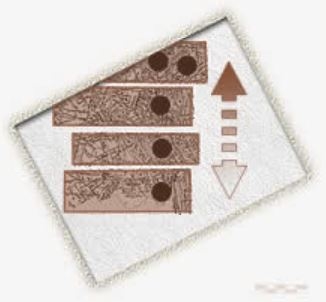 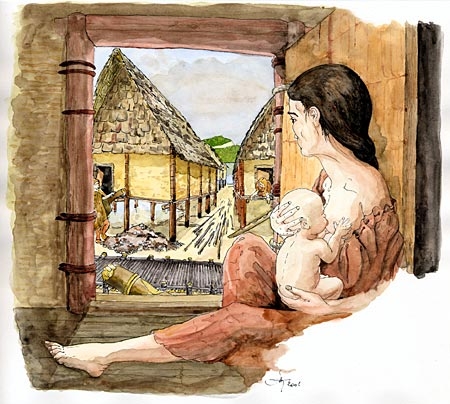 View of the neighboring houses.