The access to the village, via a long wooden trackway about one hundred meters in length, is classic for lakeshore dwellers.

It served as both a stable communication axis that allowed villagers to circulate with heavy loads, and as an obligatory passageway, easily defended from the palisades and narrow entrances.With its houses regularly placed on both sides of a central street, the new village design would last for several centuries. The idea was to bring together the maximum number of houses in the minimum amount of space, by dividing the community across both sides of the street. Men now worked together to cut down large oaks and to build the trackway and the palisades.

This type of pre-established and overarching plan suggests, among other things, that new unequal forms of power were now present. 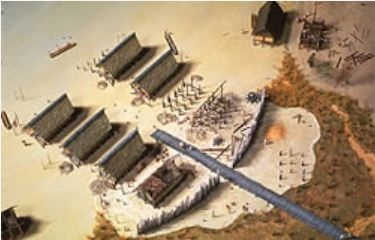 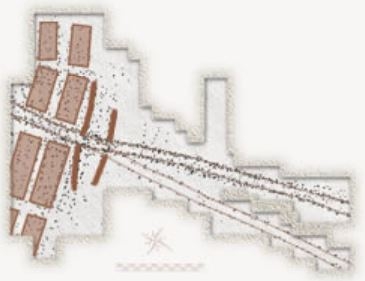 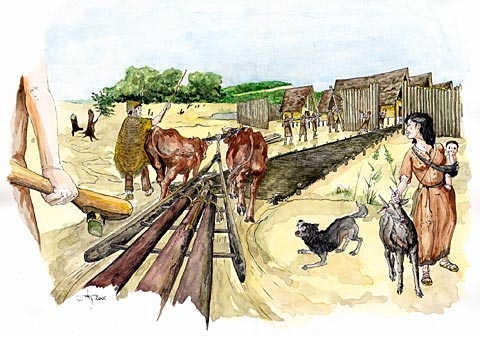 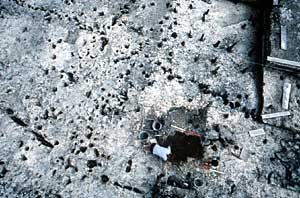 The entrance to the village, the wooden trackway and the palisade.