The study of pollens and spores

Grains of pollens and microscopic spores have very resistant outer walls; under certain conditions, they may be preserved for thousands of years. Palynology is based on determining the identity of the plant (species, genus and family) that produced the pollen based on a given grain's morphology.

At Chalain and Clairvaux, pollen found in the underwater sediment is in an excellent state of preservation, giving researchers good material for their analyses, i.e. identification and counting. The results, in the form of diagrams, highlight variations relative to the main plants found in the area where the sample was taken. For example, the enormous number of grains of pollen from cereals, bear's garlic and ivy in some villages has shed light on Neolithic culinary habits. 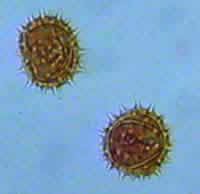 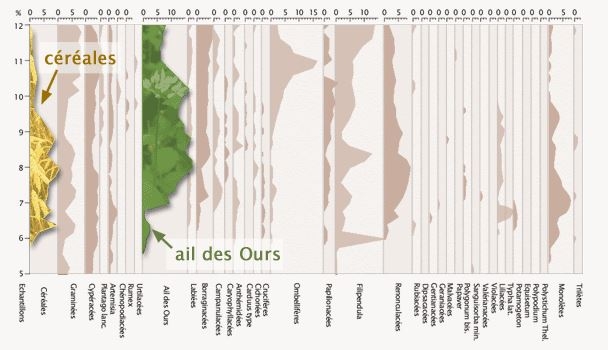