The Neolithic house at Chalain is made entirely of vegetal material, with posts of oak or ash, floorboards made of linden, ash or fir, hazelnut and clematis wattling and a roof of stitched bark.

Trees were selected for their straight trunks and branches; these were trees that grew towards the light. Over time, trees for construction were taken from forests that were increasingly distant from the villages: first alders and poplars found in wetland forests, then softwood forests for trees like the ash, and later oak trees taken from hardwood forests. By the early 30th century, even the white fir, which grows at altitudes of 700 to 800 meters, was being felled down.

By the end of the 31st century, the heaviest boles were notched and a strong rope attached so that they could be dragged to the village by cattle. 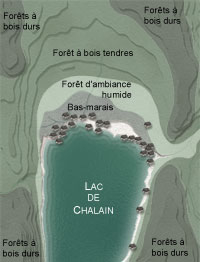 The various sources for wood around Chalain.

Oak notched at the base to secure a pull rope.

In addition, the surrounding forests were regularly scouted and gleaned during hunting expeditions. Small bits of mushrooms were collected for kindling; tree burls were cut in order to make cups or bowls.

Everywhere, young linden trees were found and cut down in the spring for their bark. These long strips of bark, after being retted for several weeks, yielded thin fibers. Easy to produce, these fibers were ideal for making ropes for house construction, and threads and strings for rain wear such as capes and conical hats. 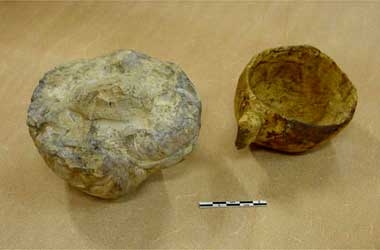 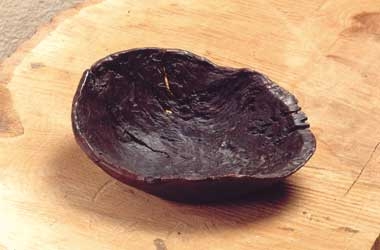 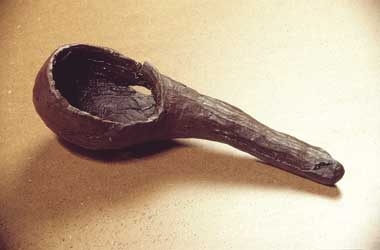 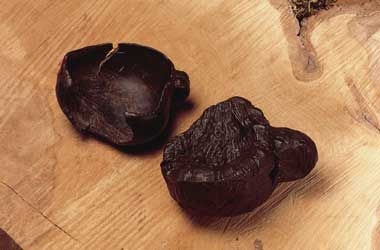 Remove the bark of a lime tree