The wooden supply for construction

Chalain shows a definite correlation between a period when the climate was good-during the 31st century-and a change in the supply of wood for building.

Previously, during the 32nd century, houses were mainly built from young ash from stump shoots. This was probably connected to itinerant agricultural practices in the forest, and a fairly low population density. Starting in 3040 BCE, large, slow-growth oak trees were used in construction. It was now primeval forest that was being cleared, which means an increase in the land used for agriculture. It was exactly at this same period that the number of villages being built and inhabited increased at both Chalain and Clairvaux.

This demographic growth in the lacustrine basins was accompanied by an abrupt shift in pottery styles. 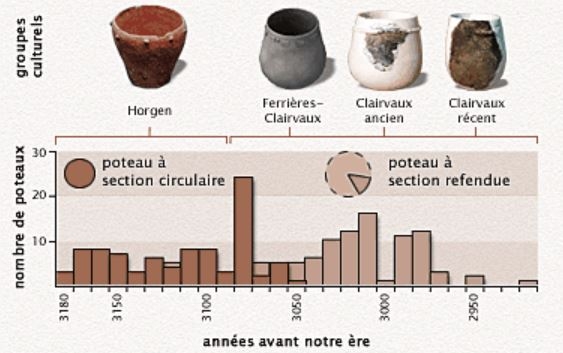 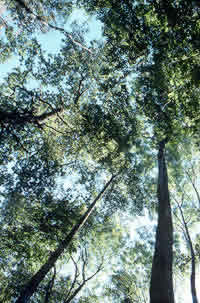 Relation between types of wood used in construction and pottery styles.