The density of the occupation of the land surrounding the abbey-church resulted in the archaeological vestiges being continually cut up, and in the fragmentation of the urban substratum. This is why understanding the architecture of the town's secular housing is so difficult today. 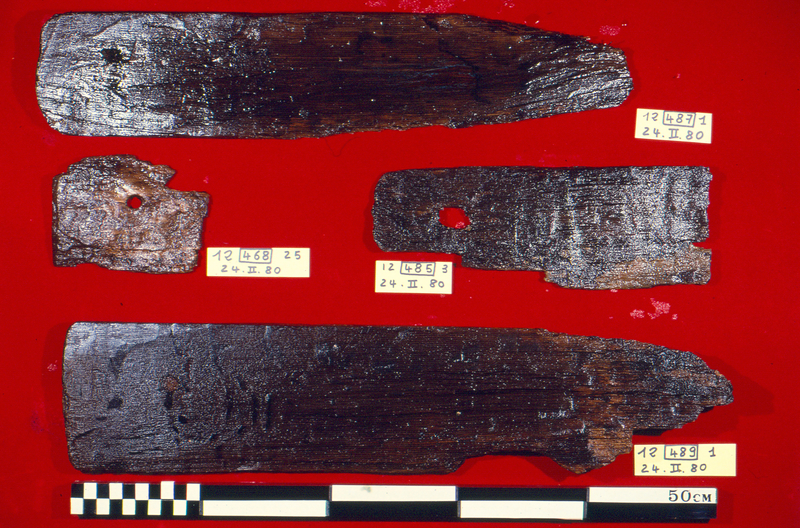 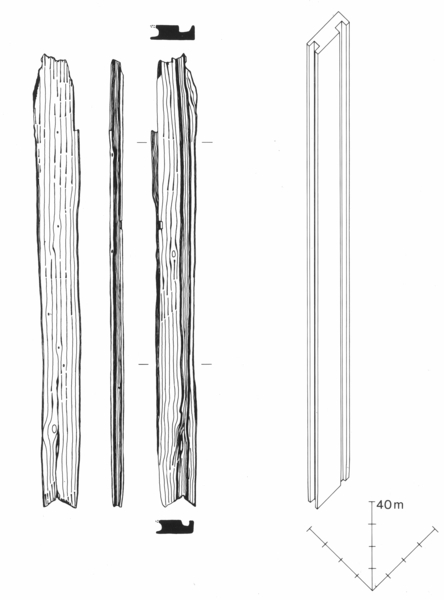 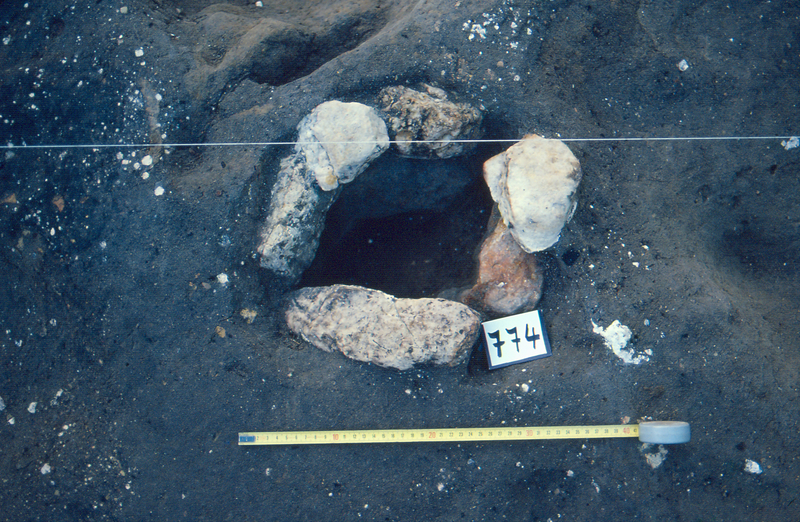 Wood was the basic building material, and-judging from the innumerable postholes that have been discovered-houses built on wooden posts set in the ground were by far the most common type of dwelling. At Saint-Denis, this type of construction was used in connection with post and wattle walls covered in plaster. Indeed, excavations have revealed a large number of fragments of plaster that have retained the imprint of pliable branches woven together.
However, the existence of more complex construction techniques was shown by the discovery of an architectural element from the eleventh or twelfth century consisting of a wooden plank with grooves cut along both the broad and narrow sides. This shows us that stave-wall techniques (Stabbau) were used to build structures that did not need to be quite so deeply anchored in the soil as houses built on posts.

Within these houses, beaten-earth floors, which received periodic coats of plaster, were the general rule until the modern period. Most of the roofs were probably thatched, but the excavation of a twelfth-century latrine pit revealed wooden shingles pierced with dowel holes.