In 1751, the Benedictine monks demolished their old cloister that abutted the southern side of the abbey-church. The small arches of the cloister's galleries featured a remarkable sculpted décor, the remains of which are now in the collections of several museums in France and in the United States.

This décor was created by a workshop of sculptors, whose technique in carving white limestone was astonishing: chiseling stone the way silversmiths work metal. The columns' capitals are adorned with a variety of plant forms, which are mixed with human and animal figures, some of them fantastical, taken from medieval bestiaries-including quadrupeds, birds, griffons and harpies. 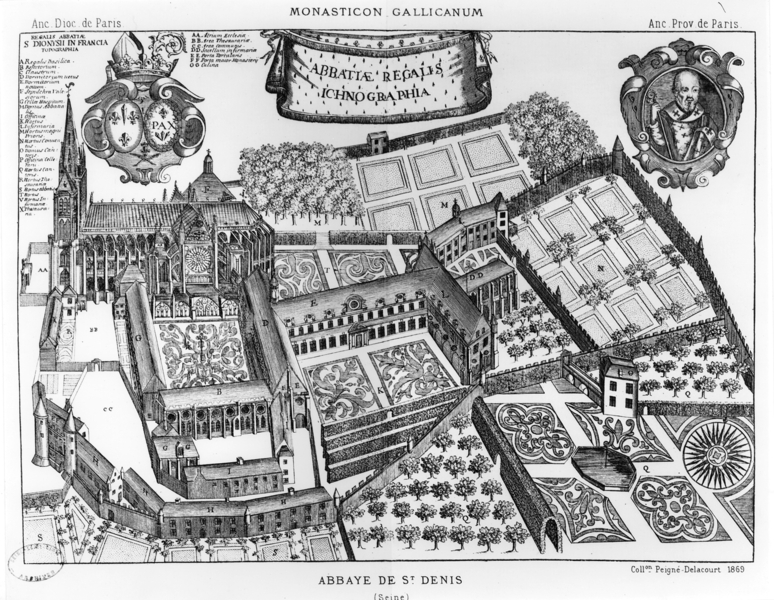 View of the abbey circa 1690 according to the Monasticum Gallicanum.

Reconstructed view of the arches of the Romanesque cloister, circa 1150.

Two capitals and a base, attributed to this cloister, were carved in black Tournai limestone, and are distinguishable by their low-relief sculpture. Imported in their final form, they were clearly fashioned by artisans who were well-versed in shaping this schistoid-structured stone.

The decoration of the cloister galleries extended to the semi-circular arches in dressed stone that sat atop the colonnettes. The muolding and outline of the arches are decorated with rows of pearls and diamond tips. In the spandrels, leaf patterns surround buds sculpted in relief, forming a wide variety of vegetation rosettes. The presence of an enigmatic piece should be noted-a medallion with the grimacing face of a devilish figure, reproduced upside down. 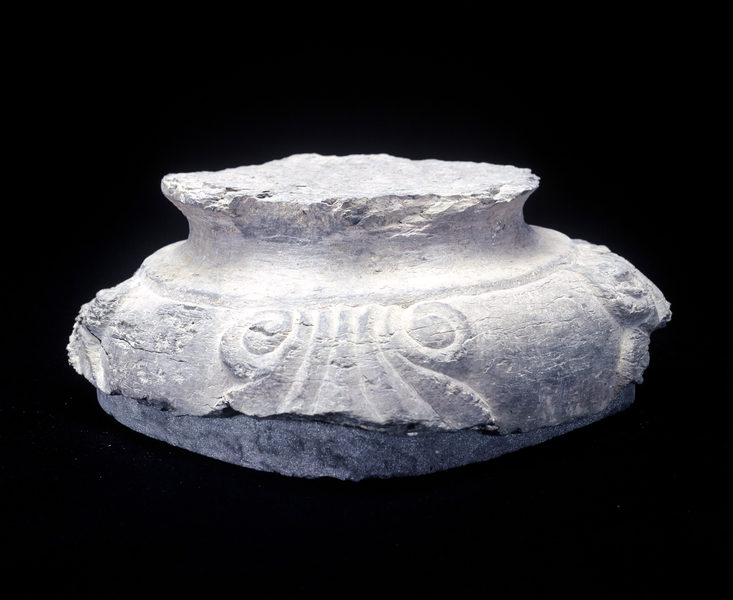 Fragment of a colonnette base in black limestone, attributed to the Romanesque cloister; second half of 12th century.

Head of a feline biting the tail of another animal, fragment found during the excavation of the demolition of the Romanesque cloister; circa 1150.

Grimacing face depicted upside down on a spandrel of an arch in the Romanesque cloister; circa 1150.