Birth of the monastic borough 11th and 12th centuries 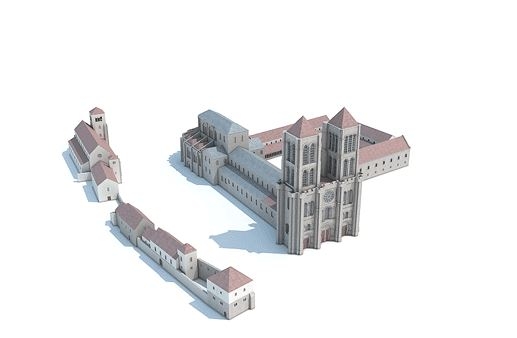 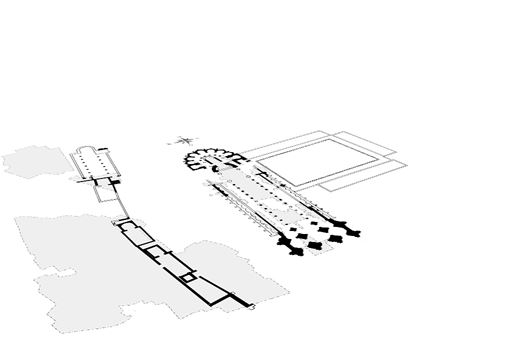 From the year 1000 on, the abbey's policies were favorable to the town's development. Certain bakers' ovens were exempted from customary rights and the inhabitants were freed from mortmain. In 1112, Louis VI (Louis the Fat) allowed five Jews and their families to settle inside the fortified town. The early twelfth century also witnessed the development of the Lendit Fair. In 1124, the king granted to the abbey all of the resources associated with the fair, including droit de justice, taxes, stall rental, and so on.

This period of economic expansion coincided with significant construction activity. Between 1135 and 1144, abbot Suger extended the abbey-church to the west with a few façade (or west front) and to the east by the addition of a choir with radiating chapels. The abbot had planned to flank the Carolingian nave with double side aisles, but this construction campaign was never undertaken. In the monastery, Suger built new guest house and began to construct the galleries for a sumptuous cloister.

To the north of the basilica, two new parish churches were built in the cemetery: Saint-Michel-du-Degré and Saint-Jean-Baptiste. At the same time, the canons at Saint-Paul rebuilt their church along the lines of a basilica, with a columned nave flanked by side aisles. Since the abbots, as benefactors of this community, ceded both the Saint Peter and Saint John the Baptist churches to them, the church cemetery cannot be located with any accuracy.

The beginnings of an urban landscape

Over time, secular housing spread across the full surface of the castellum. Despite widespread excavation activity, it is difficult to get an accurate idea of how the monastic town was organized. The concentric layout of the streets, which converge towards the monumental core, structured the growing town and became fixed by the year 1000. On the other hand, the paths of secondary streets remained in flux until the thirteenth century, since the town's housing had not yet stabilized. The structures uncovered during excavations correspond to houses made of wood. Stone was only used for building collective wells. The floor plans of the houses are too fragmentary for us to attempt a reconstruction. The town's housing was accompanied by various annexes. These include weaving workshops-built partly below ground level-in which the marks left by the looms are still visible, and a tanning pit. which indicates that animal hides were prepared in the area. The presence of a number of grain silos, show that the population maintained some agricultural activities.