In 1959, Michel Fleury uncovered an exceptionally rich grave beneath the basilica.

The stone sarcophagus held clothing and the remains of textiles-all in a remarkable state of conservation-thus allowing us to reconstruct the garments of a noblewoman from the Merovingian era. 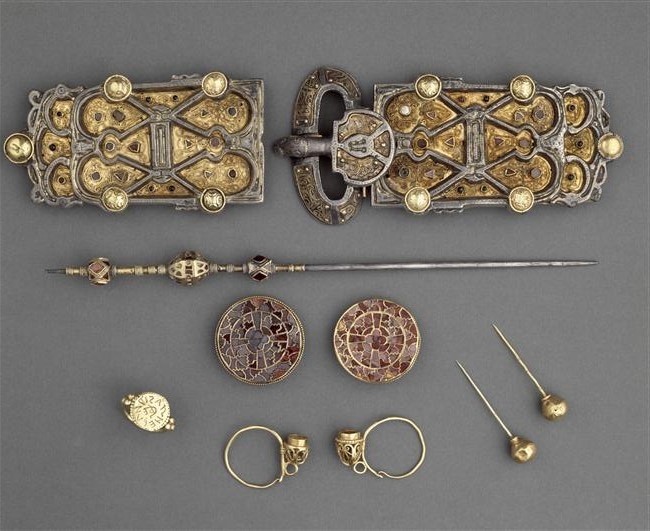 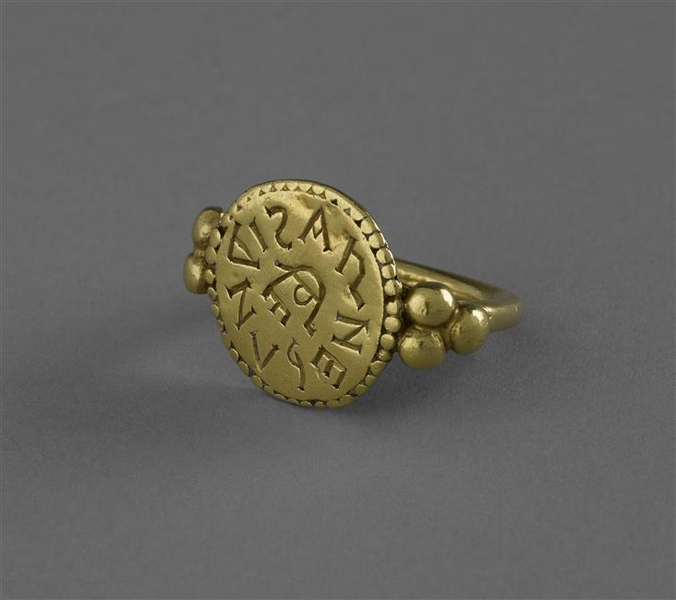 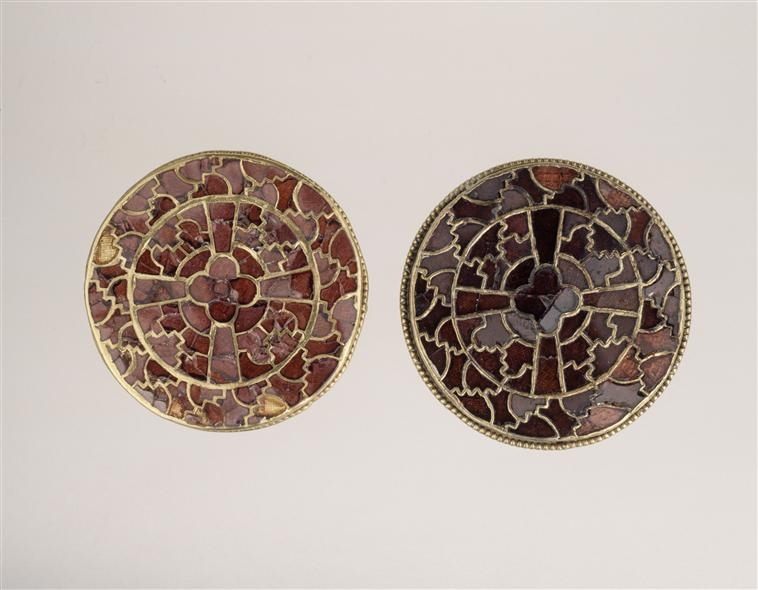 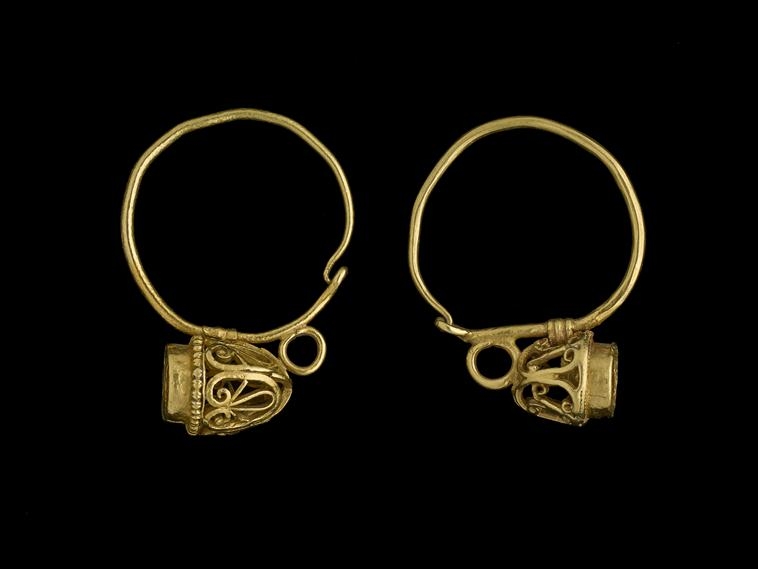 Metrial from the tomb of Queen Arnegunde buried between 580 and 590. Photo

Ring inscribed with the name of Arnegunde. Objects preserved at the National Archeology Museum - National Estate of Saint-Germain-en-Laye, rooms of the first Middle Ages.

The deceased wore a violet-coloured silk skirt, held in place by a large leather belt that had a sumptuously decorated buckle plate and buckle counter-plate. Her reddish-brown silk tunic, decorated with gold braid, was fastened with a pair of round fibulas with a garnet cloisonné decoration. Two small pins and a large garnet encrusted pin held her silk veil in place. Her stockings were held up by garters and the straps on her leather shoes were fitted with small buckles, counter-plates and strap-ends with animal motifs.

Two sphere-shaped earrings, in imitation of the then reigning fashion in the Byzantine world, completed the lady's rich gold and silver jewelry. On her thumb, a ring inscribed with a woman's given name, ARNEGUNDIS, surrounding a central monogramme that can be expanded to REGINE (queen). It was this same queen Arnegunde, wife of Clotaire I (511-561) and mother of Chilperic I, whom Gregory of Tours had described in the late sixth century. If we take into account historical data such as the birth of Chilperic around 537-539, and the dating of the most recent clothing items, the queen would have been buried sometime between 580 and 590, aged 70 to 80 years old.

Queen Arnegund's treasure is preserved at the National Archeology Museum - National Estate of Saint-Germain-en-Laye, in the rooms of the Merovingian Gaul.

The ring of Queen Arnegunde (3D)