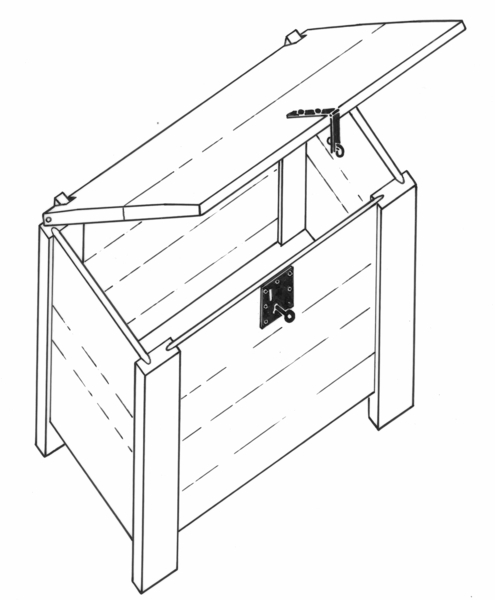 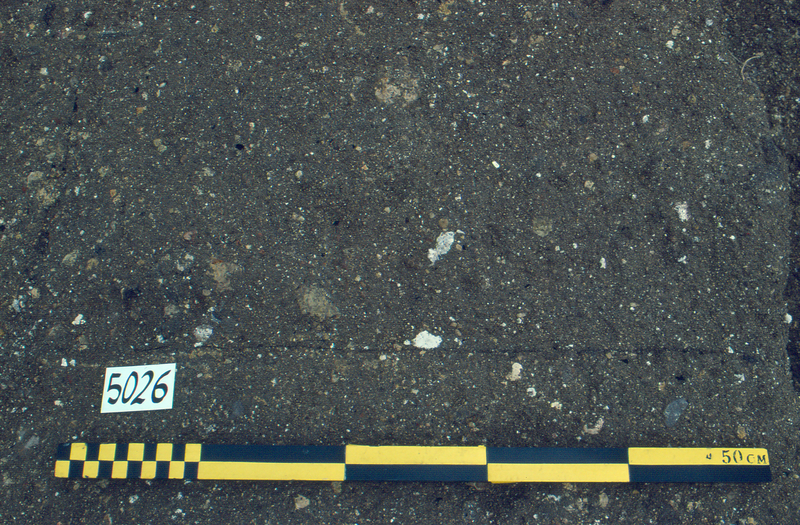 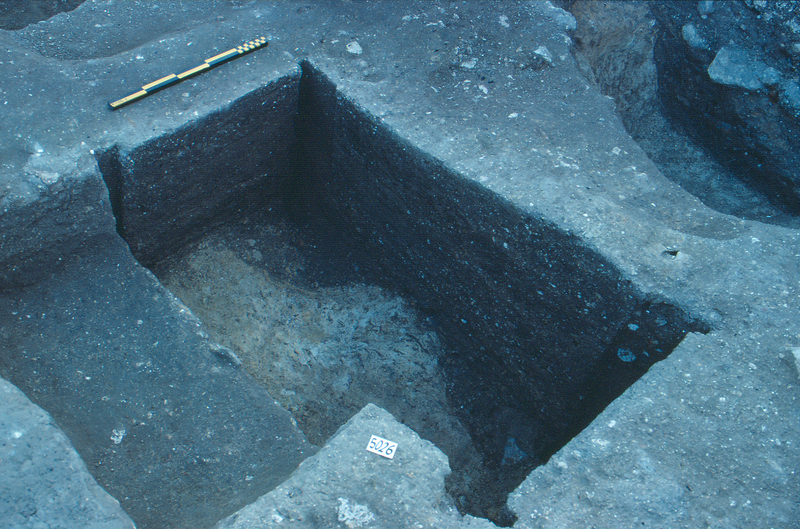 Reconstructed view of a Carolingian trunk.

A thin line of decomposed wood is all that remains of the trunk.

Imprint of the Carolingian trunk.

In one room of the Carolingian palace, five chests and a barrel were discovered, buried more than a metre deep. By a happy combination of circumstances, one of the chests has survived in the form of an imprint left in the soil following the decay of the wood. The piece, preserved to a height of 80 centimeters, measured 137 cm long by 72 cm wide. It was probably built out of oak, and consisted of four rectangular uprights, 7 cm by 14 to 18 cm. Two grooves in each upright held the horizontal planks that made up the walls of the chest. A hasp lock attests to the existence of a lid.

Archaeology does not provide us with a clue as to its function. It is probable that moveable boards protected these buried elements. However, even if the outside of the trunk appeared to have been covered with a layer of wax or pitch, such an arrangement could only have served for a short time, due to the alteration suffered by the wood in such a burial environment. Thus, this appears to have been a cache that was established in some haste, due to some imminent danger-perhaps a Viking raid.