The Croult and river-based trades

The mills and river-based trades 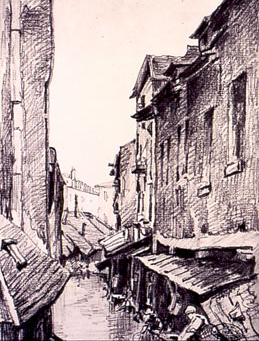 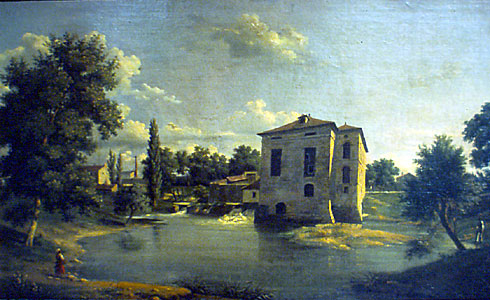 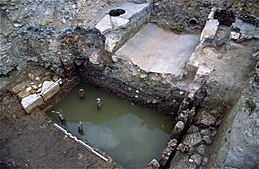 Excavation of a section of the upper Croult. In the foreground, the medieval stone-reinforced riverbanks; in the background, the bed of the modern river (1910) with inset wash-barrels used by launderers.

The monastery's first mill on the Croult dates back to 894. During the medieval period, there were nearly a dozen such mills, drawing their energy from a four-meter drop in the river's level. These mills had various uses. Mostly they were used for grinding grain, but fifteenth-century sources make mention of tanning mills as well as mills for powering both fuller's presses and textile shears.

Fullers and tanners plied their trades up until the French Revolution. Starting in the eighteenth century, they were joined by dye manufacturers and workshops producing printed fabrics.

By 1792, the town had four workshops turning out painted calicos, and one for cutting and dying textiles. These workshops were victims of both fierce competition and pollution of the waters of the Croult. In 1900, there were only three left. This decline was in part offset by the development of large-scale laundries, an activity characteristic of Saint-Denis in the industrial era. Barrels set into the surface of the riverbanks allowed laundries to wash their linen at the water's surface. These washhouses, fitted with wooden roofs, are generally accompanied by with drying sheds.