From the industrial town to the town of today

The town today and its permutations 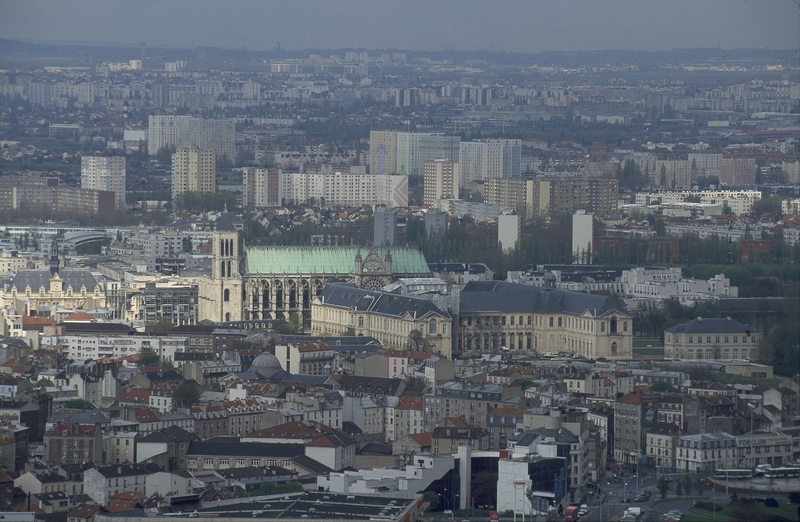 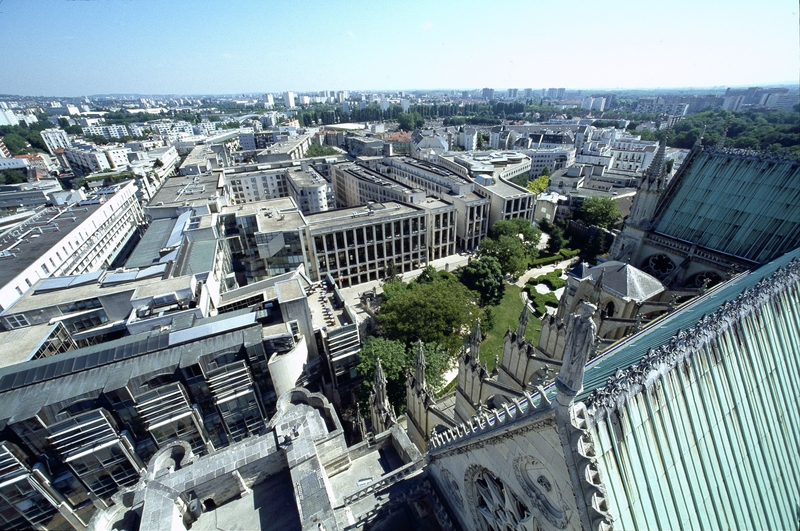 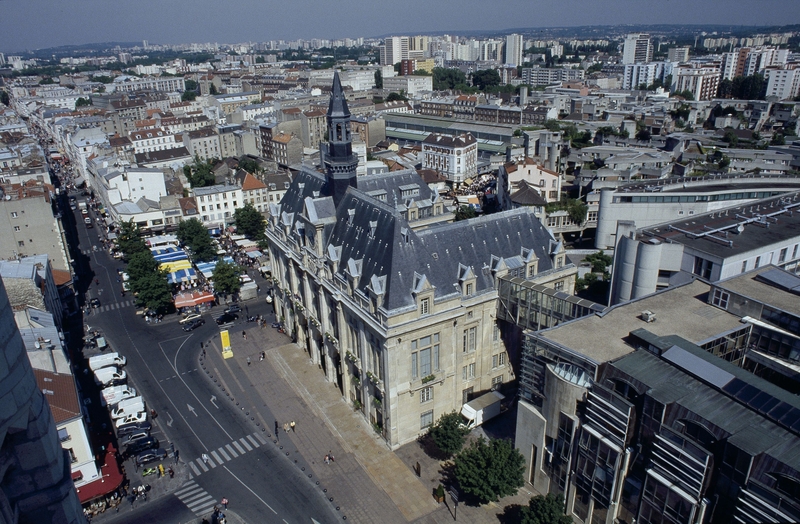 In 1902, Saint-Denis was home to no less than 80 industrial establishments, including 17 metallurgy plants, 29 chemical plants, 3 glassworks, an enamel mosaic workshop, the Christofle silversmith workshop and the Pleyel piano factory. In 1913, the Saint-Denis gasworks met half of Paris' daily needs for gas. In the 1920s, the "Red City" was at the center of social movements, and the town became a Communist stronghold.

Two wars, the economic crisis of 1930 and the serious political tensions that shook up the town's administration between 1931 and 1944 are the reasons why Saint-Denis was slow in dealing with housing. In the inter-war period, the rural land that remained outside the military fortifications was given over to lots for single-family homes, while in the area around the town only two rent-controlled housing estates were built: the Gai Logis project at the beginning of the 1930's and the Henri-Barbusse project in 1932. Thus, after the Liberation, the demographic explosion due to industrialization meant the municipality was faced with serious housing and sanitation problems. By 1906, the town had more than 60,000 inhabitants. By 1969, this number had swelled to nearly 100,000, later falling to 87,000. Shantytowns sprang up due to an influx of immigrant labour that could not find housing.

Beginning in 1945, the town developed its social housing policy; it created a public housing office, and began to purchase land in order to maintain control of it. By 1975, Saint-Denis had 19 housing estates containing 7,805 apartments. The construction of these estates meant that the town's urbanized area developed principally to the east and north, entirely submerging the last of the farmlands. In 1960, the A1 motorway added to the development of this area, followed by the A86 in 1980.

Urban renewal in the basilica quarter

In 1976, the extension of the number 13 metro line marked the beginning of an enormous municipal project of urban renewal designed to renovate a quarter north of the basilica, which had become run-down and unsalubrious. In all, 13.5 hectares were given over to a rescue archaeology campaign that lasted until 1992. The reconstruction of the blocks of housing was entrusted to ten architects whose goal was to create an urban project that did not break with the centuries-old layout of the city streets.

In the 1960s, a policy of decentralization and the economic crisis led to the relocation of companies installed in the area. Between 1960 and 1966, 22 firms moved out of Saint-Denis, rapidly shutting down the industrial zone. Starting in 1990, the town entrusted a mixed-ownership company (société d'économie mixte) with reallocating these disused industrial areas, following an overall action plan that would unite housing, businesses and services in the same area. In 1994, the decision to build the Stade de France at Saint-Denis provided the opportunity to launch an initial set of works which would greatly improve the area's urban development. This included roofing over the A1 motorway, and moving and enlarging the two regional-express train stations. Immediately, La Plaine became an attractive area for service industries.
Since 2005, a requalification program for the city-center area has targeted public spaces, creating a large pedestrian zone.