The addition of a oblong bay to its façade gave the Carolingian basilica a west front. The tripartite layout of this construction shows a central chamber opening onto the nave. The funerary usage of this sunken room is shown by the large number of graves that were dug there.

The funeral chamber closed off the central entryway of the original façade; nevertheless, access to the basilica from the western end may have been assured by doors placed at the level of the two side chambers. Judging by the thickness of its foundations, the west front could have housed chapels on an upper floor. The basilica's nave was also extended to the east by two annexes placed in the corners between the side aisles and the arms of the transept. These two lateral crypts, partially below ground level, were symmetrically arranged and had doors that led to the inside of the church. They also appears to have had a funerary role.

To the north of the basilica, the monumental complex was reshaped: porticos, galleries and annexes were demolished, and walls were constructed between the churches, which are the only buildings that remained. In the residential area, the buildings belonging to the Carolingian palace were abandoned. Their masonry was razed to the foundations, with the exception of a section of wall that was kept in order to enclose an extension of the cemetery. It was at this time that the Saint-Paul church was given over to a college of canons. Observing the archaeological data, we believe that the members of the order continued to use a section of the Merovingian gallery that, in combination with newly-constructed walls, formed a sort of courtyard to the west of the church. 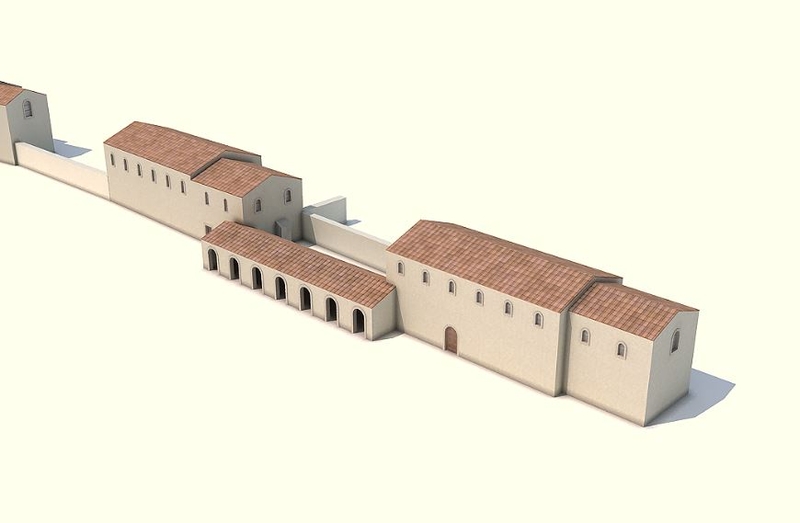 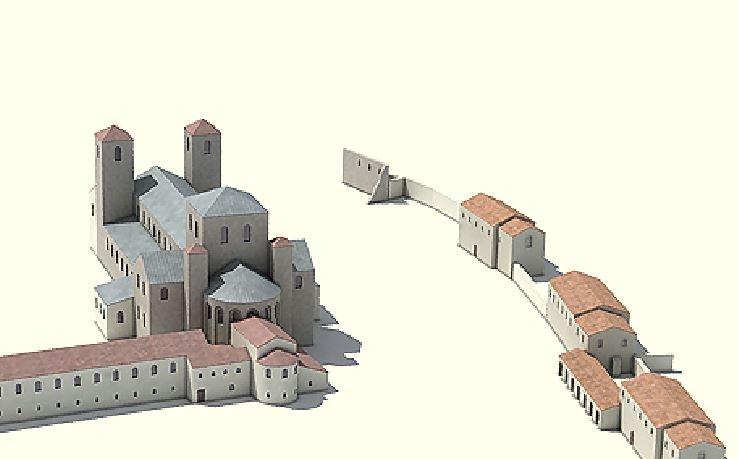 Reconstructed view of the Saint-Pierre and Saint-Barthelemy churches.

Reconstructed view of the Saint-Pierre and Saint-Barthélemy churches.