In 1991 a diver from the small town of Kerlouan reported a wreck at the foot of the rocks known as Carrec Hir. His report included seeing uniform buttons, bits of tableware and a long piece of wood that might be a ship’s keel..

At 4 o’clock in the morning of 10 December 1817 the Indian, a British three-masted ship of 500 tons carrying a complement of 193, broke up in the storm battering the coast of Kerlouan. Over the next few days 143 bodies were washed up on the beach. Only two pigs managed to somehow reach safety. The beach was strewn with goods, uniforms and parts of the ship’s rigging. The Indian was transporting a regiment of the army raised by the British government to assist Simon Bolivar in his efforts to free South America from the yoke of Spain.

Lying in shallow waters, the site of the Indian had been extensively looted and churned up by storms by the time the complex study began. Analysis of the artefacts in the possession of the finder and several other discoverers gave a fairly accurate idea of life aboard ship. Pieces of chronometers, an hourglass, a spyglass and some decorated earthenware came mainly from the officers’ cabins at the stern of the ship; while an inkwell, a bottle, some pipes, toothbrushes and hairbrushes shed some light on the everyday life of the crew. 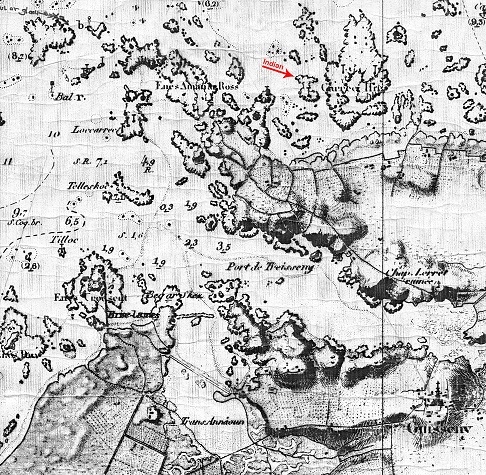 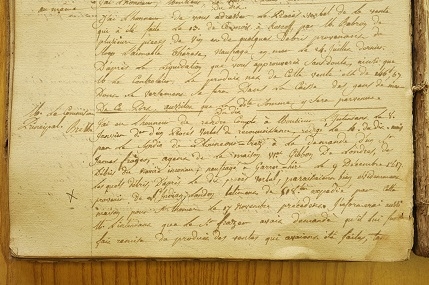 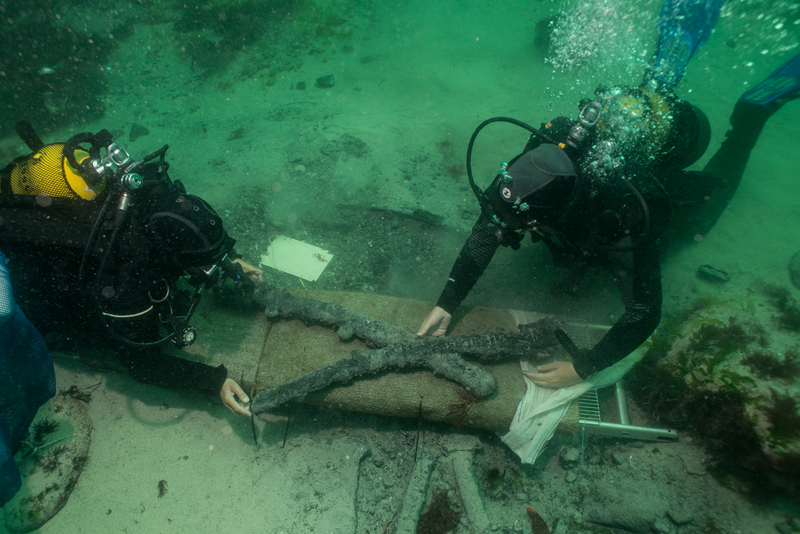 Location of the wreck.

A record of theIndian in the maritime archives.

The swords will be wrapped in bandage strips before being raised to the surface.