The Confederate States Ship (CSS) Alabama was launched in 1862 at the John Laird & Sons shipyard in Birkenhead, near Liverpool. During the American Civil War she sank sixty-four merchant ships and one warship before being sunk herself off Cherbourg by the United States Ship (USS) Kearsarge. Her wreck was discovered in 1985 lying in 58 m of water. Legally a possession of the USA, the CSS Alabama was excavated after 1988 under the supervision of a Franco-American scientific committee. Unfavourable environmental conditions (currents, depth, visibility) hindered the excavations and required the use of advanced techniques, a submersible, remote-controlled robotic device, battery-powered suction dredges, deflectors and so on. After a lengthy assessment of the site which produced a general plan of the remains, the excavations focused on studying the officers’ quarters in the stern and a Blakely swivel gun, which was subsequently raised. In addition to the gun, the excavations produced a large number of objects from the ship’s pantry as well as personal effects, including equipment for sewing and other handiwork, revolver bullets, a sperm-whale tooth, and coins. 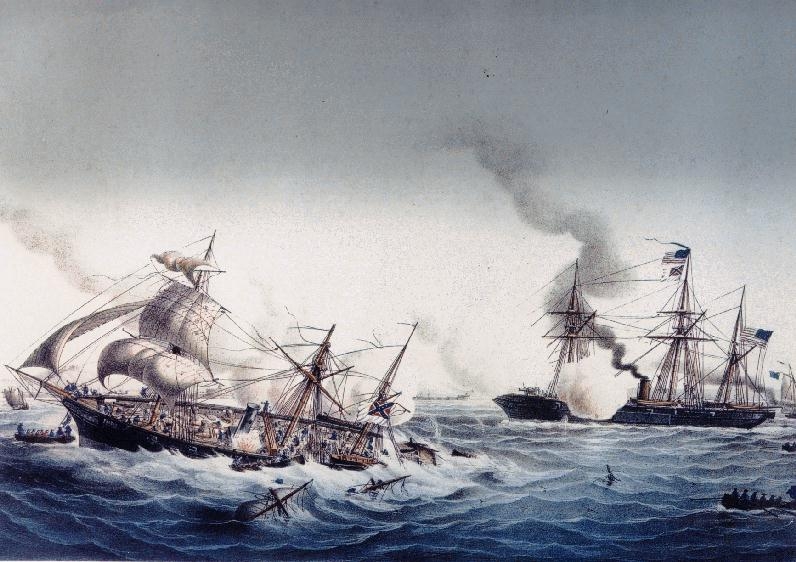 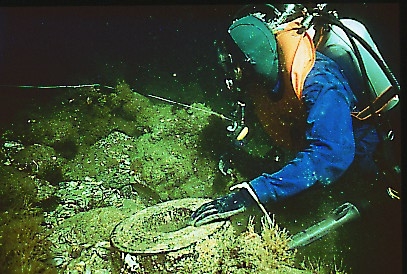 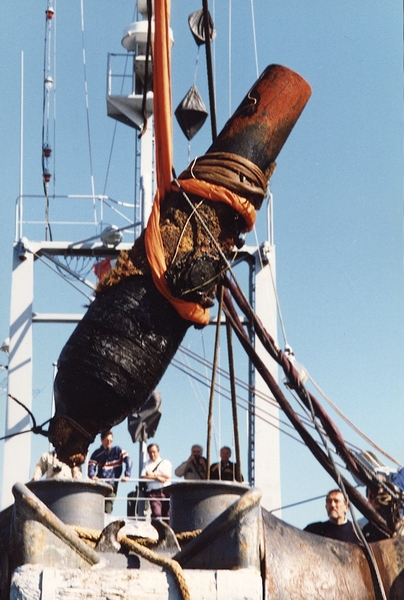 This excavation required the use of sophisticated technical equipment.

Blakely gun raised from the wreck in 1994.