The wreck of the Prophète was identified in 1986, more than twenty years after its discovery in 33 m of water off cape Lardier near the small town of Croix Valmer. Launched in 1852 at the Charles Reynaud shipyard in Sète, the Prophète was metal-built with two decks, 42 m in length and 7.5 m in the beam. She sank in strong winds on 28 March 1860, bound from Algeria to Marseilles. Twenty-three passengers and crew members managed to reach dry land.

The Prophète was one of the first sail and steam-powered ships. After a thorough examination, it was discovered that her engine may well be the only one of its kind in the world. Her cargo was made up of reclaimed materials, including bales of rags and leather, broken glass and animal bones, especially sheep bones. The bones would have been used to make a black pigment known as bone black or animal charcoal. Other items carried by the ship were furnishings, branches of coral, a very handsome sounding lead, ironmongery, haberdashery and various personal items, such as dominoes and an inkwell. Archival research into the Prophète showed that she operated for a total of eight years along the coasts of Spain, Morocco, Italy, Libya, Egypt and, especially, Algeria. Such information provides an insight into the business activities of the big Marseilles merchants who operated the ship. 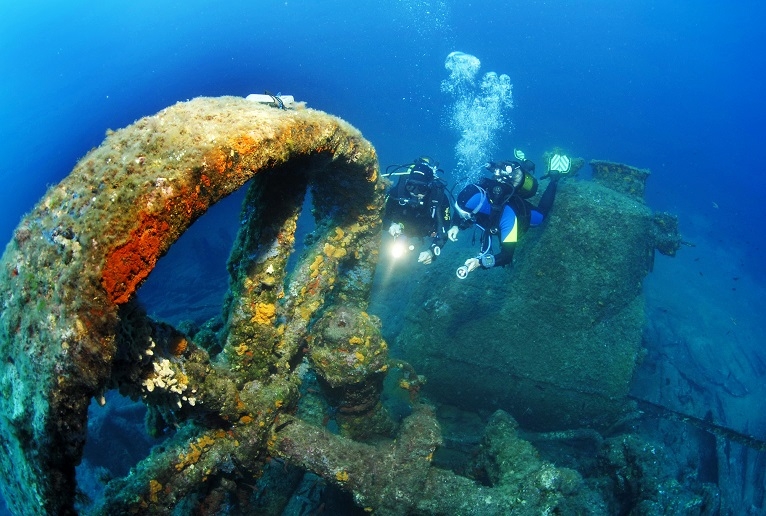 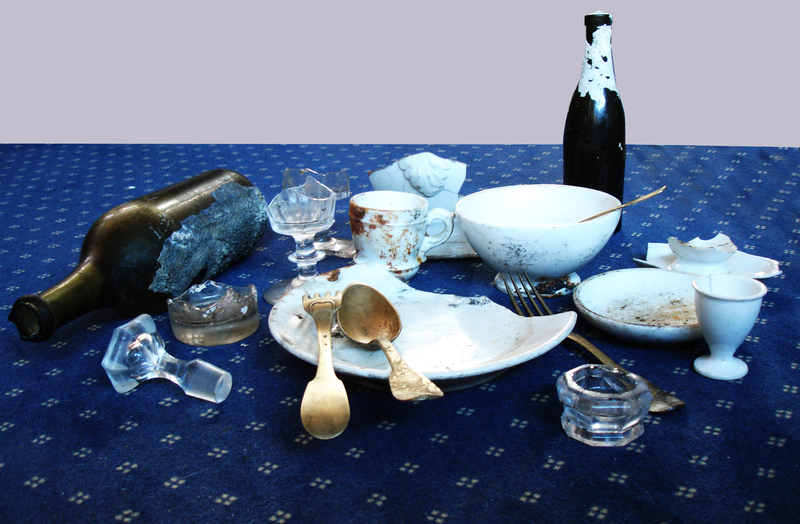 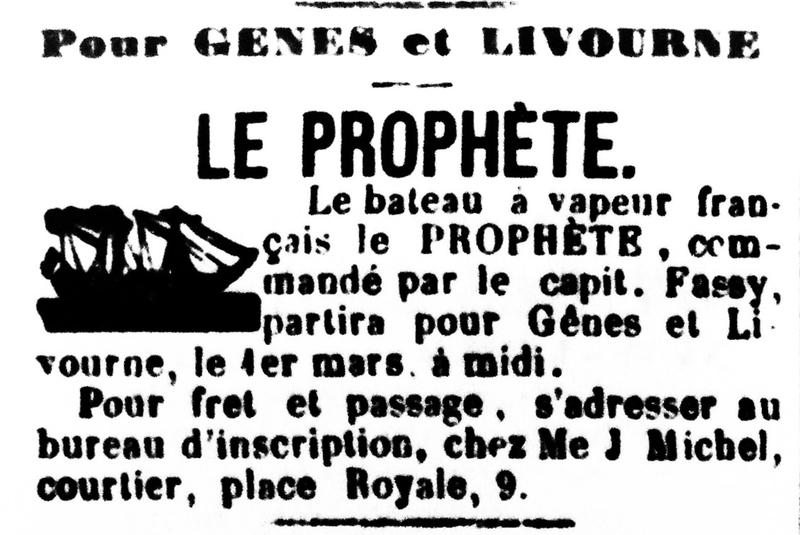 Everyday objects on board the ship.

Advertising for crossings on board the Prophète.