In September 2008 the remains of a wreck were discovered scattered across the sea floor at a depth of 34 m to the west of the Corsican island of Giraglia. Several Dressel 2-4 amphorae and fourteen dolia (jars) ranging in capacity from 1,000 to 2,000 litres were still extant. Their presence indicated that the wreck had been a Roman wine carrier dating from AD 30–40. Two dolia were still intact, and the smaller one was retrieved. Numerous stamps on the dolia suggest a connection with Minturnae, a town in the south of Latium (now Lazio) where the ship was perhaps built. Analysis of the wooden hull provided new insights into the construction of this very specific type of vessel. The ship was of modest size, about 20 m long and 6–7 m in the beam. A sounding lead, remarkable for its bell shape, was found in the southern zone of the site. It was one of the few artefacts to elude the wreck’s shameless looters. Ouest Giraglia 2 is a fine example of the standard attained by modern-day underwater archaeology in France, mobilizing as it did a multidisciplinary team capable of combining traditional expertise with innovative techniques. 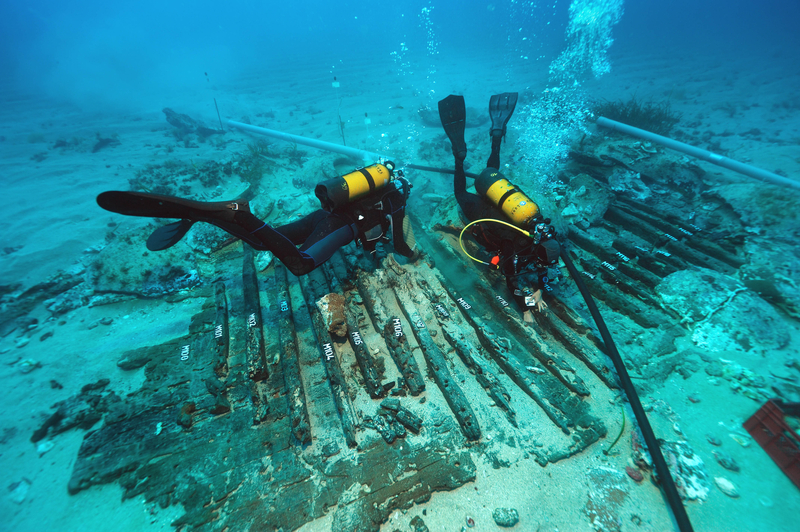 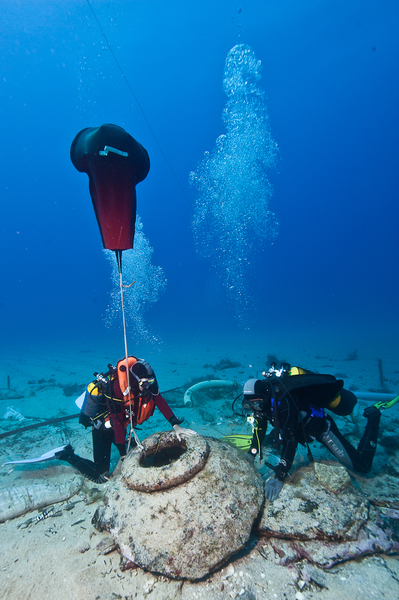 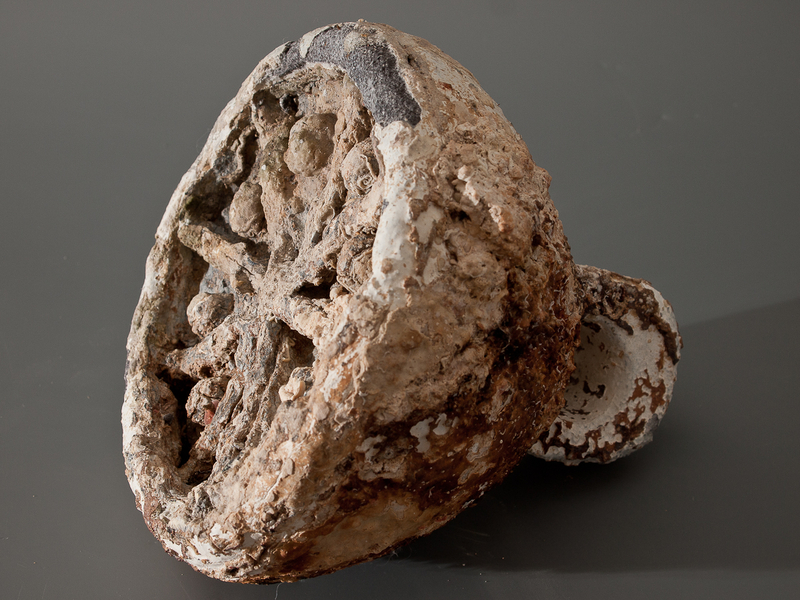 Revealing the hull of the wreck.