Capo Sagro 3 (off the coast of Bastia, Corsica)

Capo Sagro 3 is one of the few ancient deep-sea wrecks so far surveyed to be found intact, all the others having suffered damage from deep-sea trawling.

The mound formed by the wreck is impressive. It is 16 m long and 9 m wide, its centreline lying southwest/northeast. The amphorae that are visible are at least two layers deep and all of the Greco-Italic type. Such amphorae were produced along the Tyrrhenian coast of Italy around 180–170 BC as containers for transporting wine. The only ‘foreign’ object to have been observed on the site is a Spanish amphora which is about two centuries younger than the others. It lies less than a metre from the mound and was almost certainly deposited in the sea, whether deliberately or accidentally, a long time after the Capo Sagro 3 ship went down.

The remarkable state of preservation of the deposit and, more generally, the race against time to study vulnerable deep-water wrecks persuaded archaeologists to carry out a comprehensive photogrammetric survey of the site and retrieve several amphorae for analysis. These operations were spread over two excavations in 2015/6 and were completed successfully. 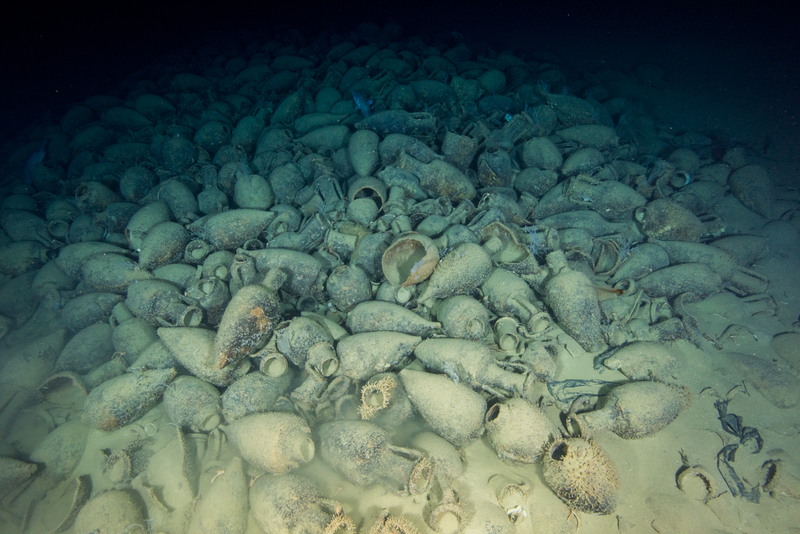 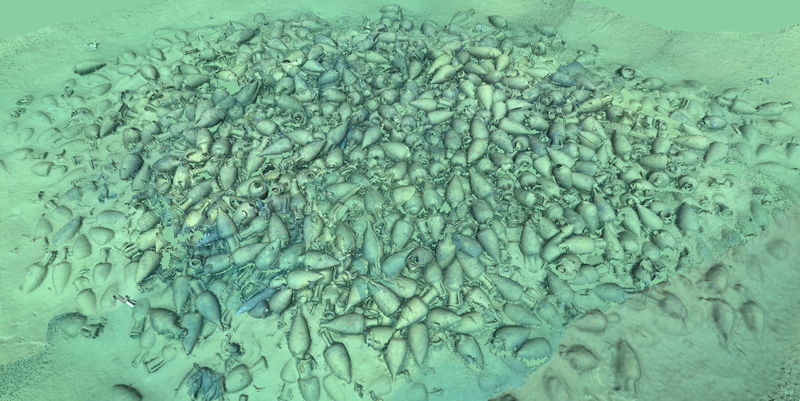 The deposit photographed by the ROV cameras.

The Greek-Italic amphora retrieved from the wreck.