Lying 56 m below the sea to the west of the island of Embiez, this wreck was first surveyed in 1995 before planned excavations were carried out in 2000–04. The excavations yielded African pottery, oriental ceramics and amphorae of numerous origins, including Spain, Gaul, Italy and North Africa. The most intriguing aspect of the wreck was a load of raw glass blocks which were colourless and variously shaped. Each weighing up to 25 kg, the entire load amounted to eighteen tonnes. Also excavated were some rectangular and circular panes of glass and, above all, a large load of glassware including 1,800 vases (some incomplete), tumblers and stemmed glasses which were found piled up in fives and sixes. They had been made from the same glass as the raw blocks. The vessel was well-preserved and measured no more than 15 m in length. She undoubtedly sank in the early third century. The glass might have originated from the East and could have been loaded in a West Mediterranean port. 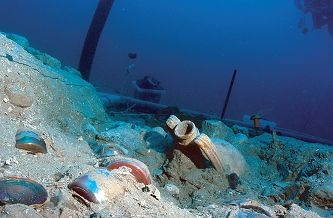 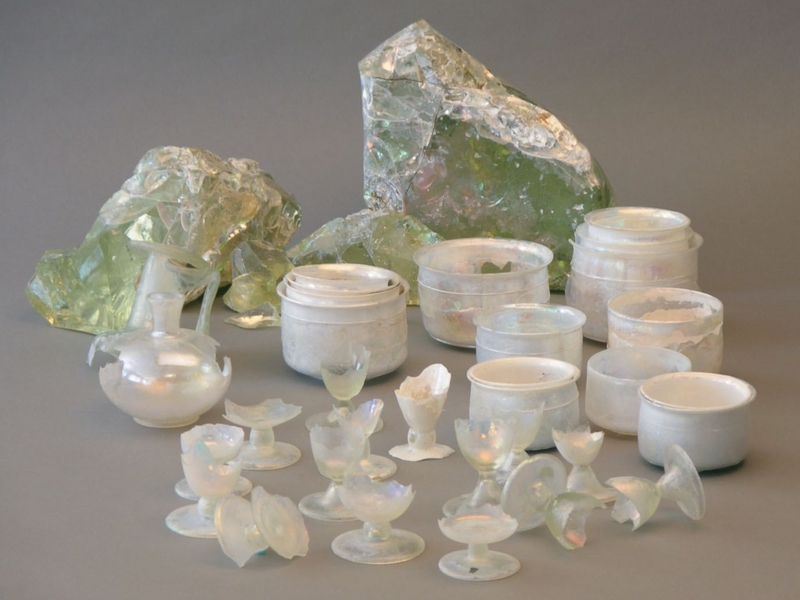 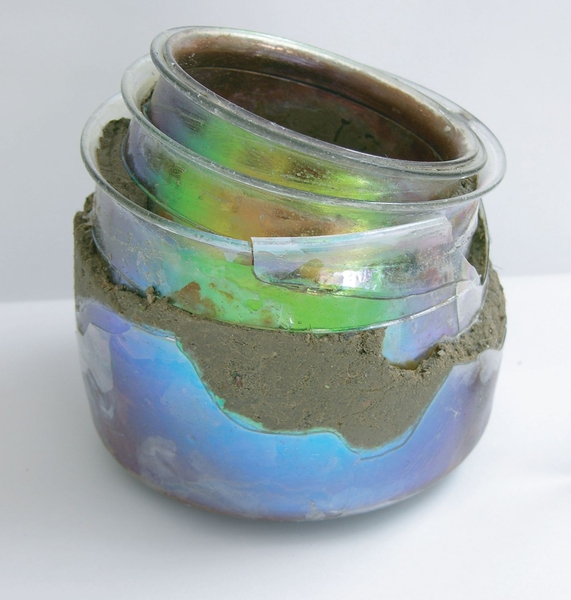 Because they were stacked, these beakers survived the centuries.