Built in Lorient in 1804, the Golymin was 55 m in length and almost 15 m in the beam. She carried a heavy armament of seventy-four guns and a light armament of 140 rifles, twenty carbines and forty infantry cartridge pouches. In 1814, while escorting two frigates, she drifted off course in the strong currents and, her hull breaching, she sank in 25 m of water in the middle of the Brest narrows.

The wreck was located in 1978 and excavations began that same year, as did the looting. Archaeologists made a plan of the ship before undertaking the excavations proper. They found in her bows pottery, bottles and pans; while the stern yielded weapons, tableware, a drinking fountain, a complete set of sounding leads, grindstones, and a pane of glass decorated with the letter N for Napoleon.

In 1980–82 the heavy guns were salvaged, in particular three very rare howitzers originating from Nantes and a magnificent bronze gun from Douai which had been cast in 1766. Tableware and fragments of clothing, rigging and the hull provided information on what life was like aboard a Napoleonic warship. 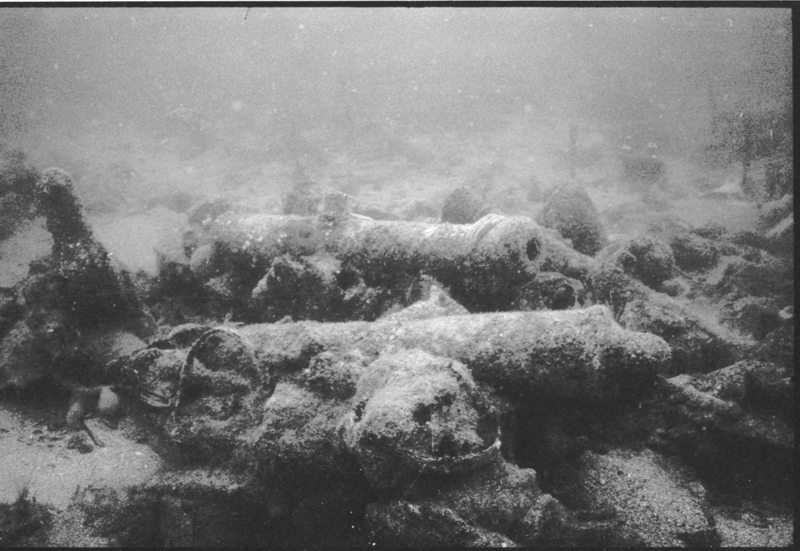 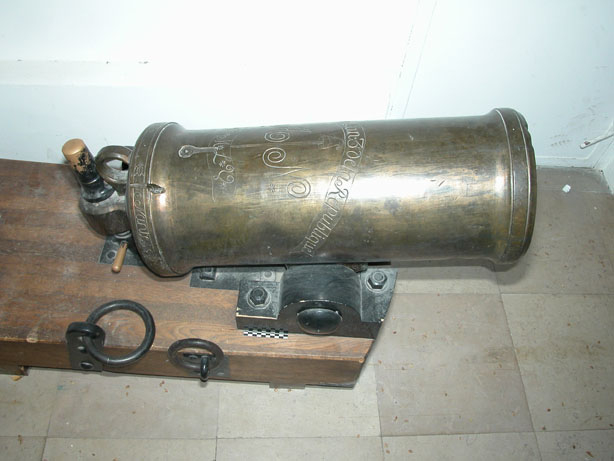 A 36mm obusier with revolutionary markings.