This wreck represents a milestone in the study of archaic trade in the West Mediterranean and contributes greatly to our understanding of the commercial relations that the young city of Marseilles enjoyed with the rest of the Greek world in the sixth century BC.

Lequin 1A is one of a number of wrecks on the Pointe du Lequin site. It was identified in August 1985 while being looted. Lying at a depth of 3–8 m, Lequin 1A is the oldest of the wrecks. It yielded 1,500 Attic and Ionian cups, the latter probably originating from the island of Samos in the Aegean Sea. They are richly decorated with depictions of sphinxes, snakes, dolphins and tridents, as well as scenes and events from everyday life. The cups might have been transported in amphorae or large jars known as pithoi, ten of the latter having also been found on the wreck. Lequin 1A also furnished about 700 black-figure vases from Athens. Another hundred or so amphorae contained foodstuffs, wine and perhaps oil. This scientifically fascinating site dates from around 515 BC. 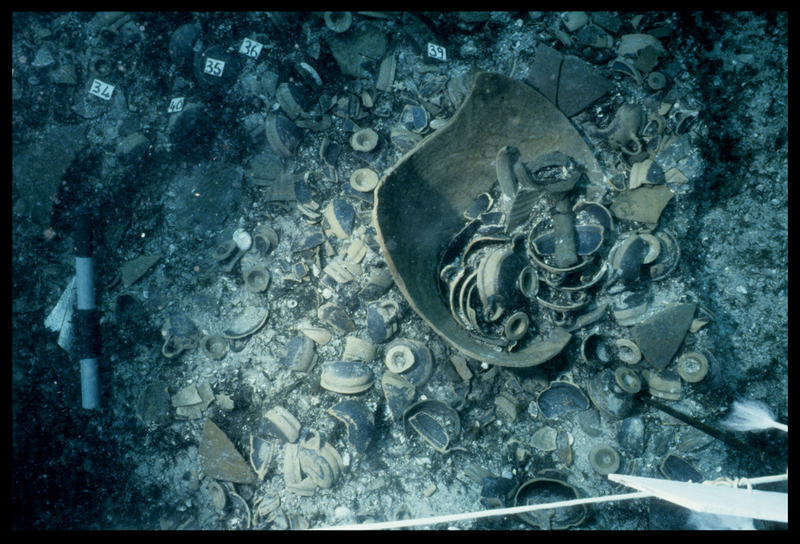 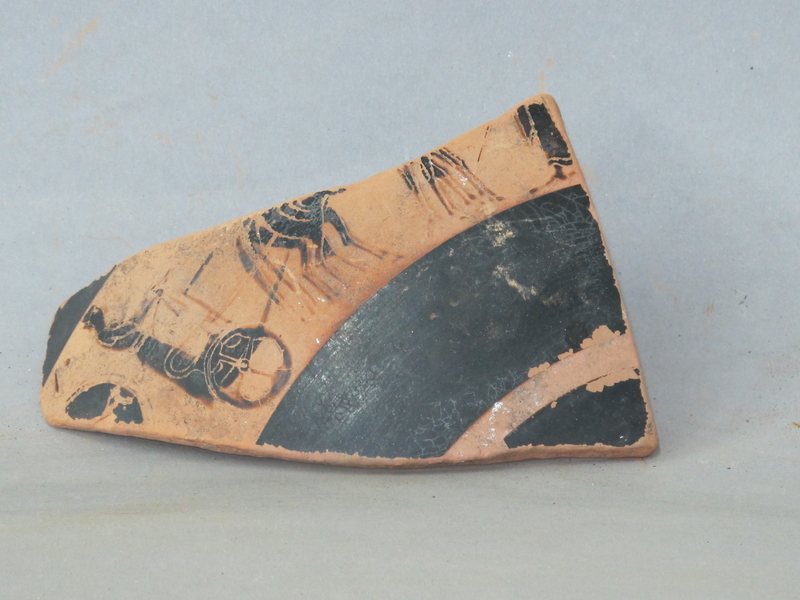 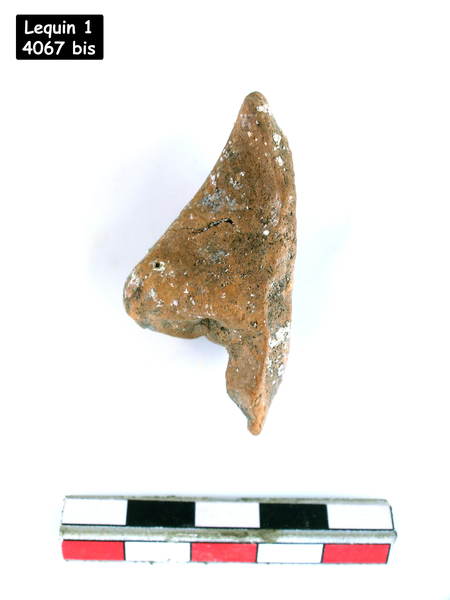 Fragment of a black-figure vase. This piece of vase depicts a typical scene of a warrior on his chariot.

Nosing around... It will be difficult to identify its owner.