Les Sardinaux is a wreck site off the town of Sainte Maxime in 52 m of water.

The remains suggest a flat-bottomed boat of 10 m to 12 m in length carrying a cargo of Fréjus pottery. A find like this gives some idea of the importance of such trade in the sixteenth century. In total 4200 ceramic pieces in a good state of preservation were found in the hold, stowed in alternate piles of cups and bowls with some disparate small objects placed in-between. Some had handles, others not. The most common type was a flat-bottomed bowl measuring on average 12 cm in diameter and 5 cm high. Most of the plates, which came in various diameters and heights, were yellow. The pedestal bowls were yellow on the outside and glazed with a white slip on the inside. There were some more sophisticated shapes, such as pitchers (17–25 cm high, 10–19 cm in diameter) with handles and pinched spouts decorated with spirals, as well as spouted jugs with either top or side handles. Recent excavations on the Fréjus potteries suggest the cargo dates from the sixteenth century. 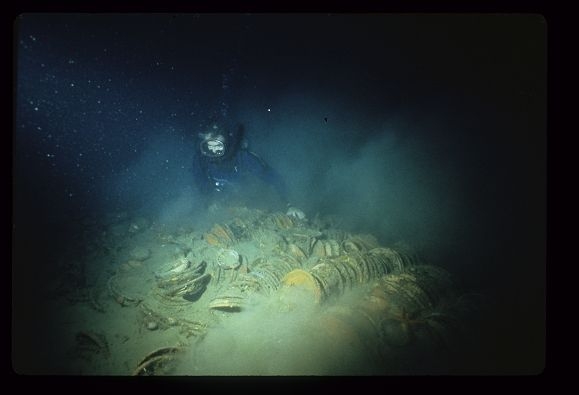 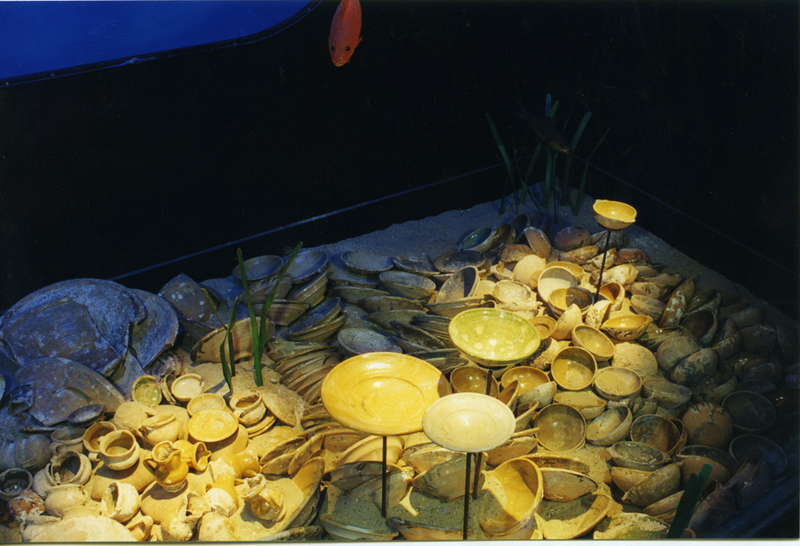 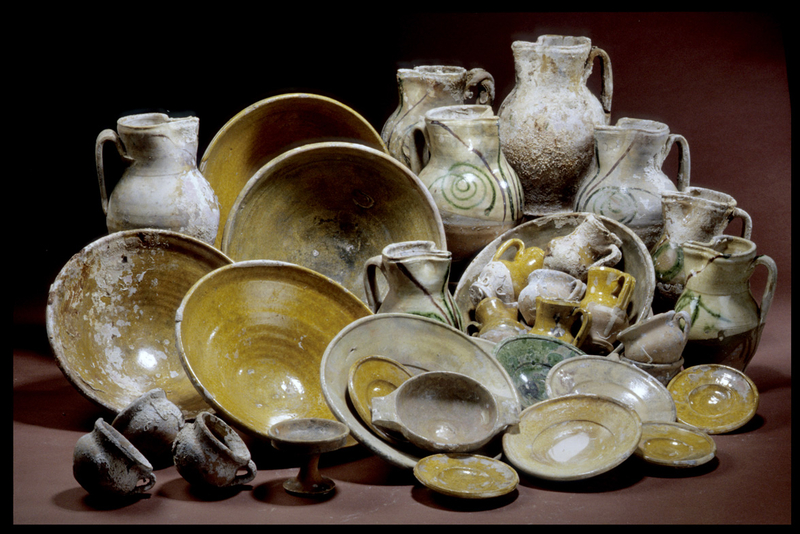 A fine sample of the ceramics produced in the Fréjus workshops.

A display of ceramics from Fréjus.