The Bataiguier wreck was discovered in 1973 in 50 m of water in the Bay of Cannes. It was a Saracen merchant ship from the tenth century and measured about 25 m in length. She had been carrying a large cargo of Andalusian tableware and jars when she sank. Artefacts from the wreck were scattered across an area of about 100 m. Two excavations in 1973/4 focused on the site’s abundant material culture. Twenty years later DRASSM surveyed the wreck with support from the Comex company and the FFESSM diving association. This fresh examination of the site identified more archaeological items in a good state of preservation. A plan of part of the hull was also made. An additional cargo of ceramics (jugs, pitchers, water containers, amphorae, lamps and more) and copper cauldrons were brought to light. Some unusual objects were also found, such as a container shaped like a camel or a giraffe. The wreck yielded the remains of three human skeletons, including one half of a skull, a rare find. Considering the great tensions of the period between Muslims and Christians, as well as supporting evidence emerging from the excavations, it is not unreasonable to think that the ship’s sinking was the result of an act of war. 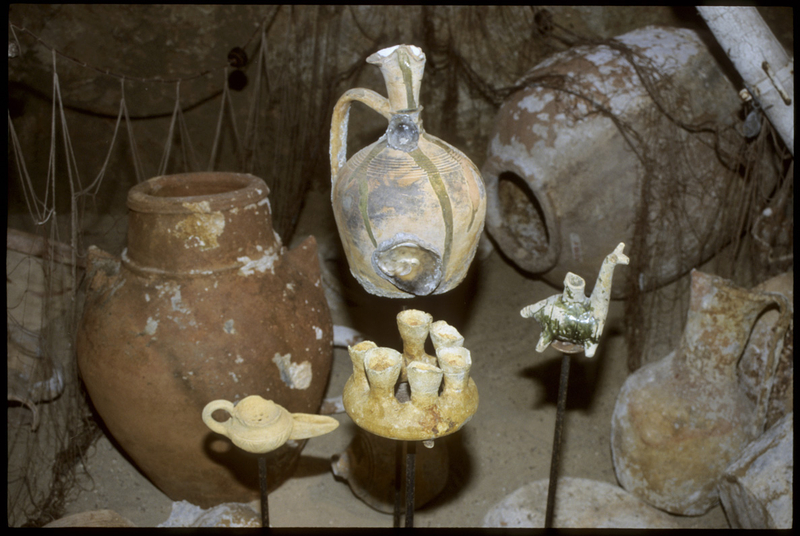 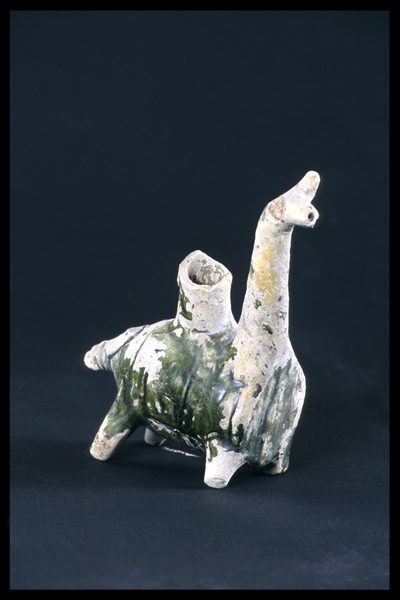 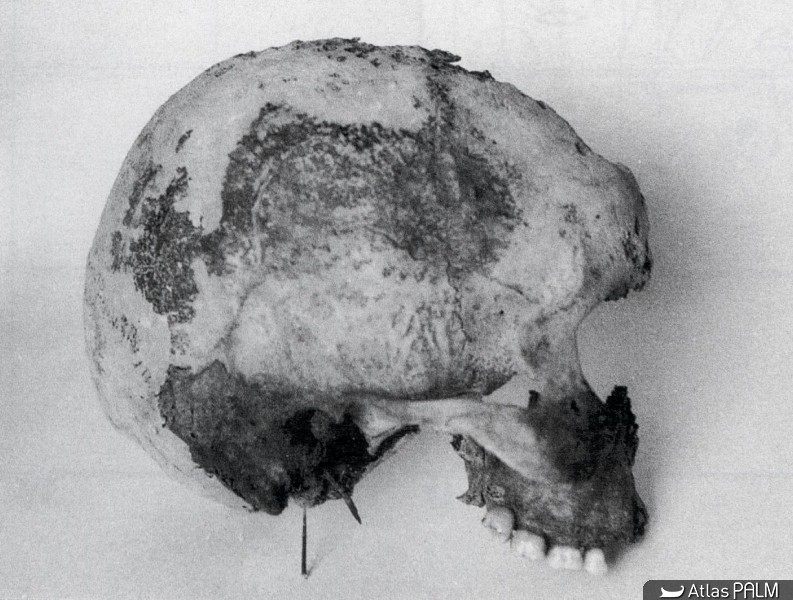 Lamps, jars and jugs displayed at the Musée d’Istres in 1999.

Half-skull of one of the three bodies found on the wreck.