Discovered in the 1960s off Cape Martin in 60 m of water, the wreck of a German Heinkel He 111 bomber soon established itself as an attractive deep-water diving site because it is one of the best preserved aircraft wrecks to be found on the Provençal coast. It lies upside down on the silty bottom. Both engines, the laterally asymmetric glazed nose, the forward gun, the ventral turret and the bomb bay are easily identifiable; however the propellers have almost completely corroded away. This H-6 variant of the Heinkel He 111 crashed into the sea on 31 July 1944.

Initially designed and used for carrying passengers because of the ban on Germany building military aircraft, the first Heinkel He 111 took to the air in February 1935. The first military version appeared in 1936 and could carry a complement of five and a medium-sized bombload. The design was tested during the Spanish Civil War and subsequently became the Luftwaffe’s main bomber. Some 7,300 Heinkel He 111s were built between 1939 and 1944. The Heinkel He 111’s light defensive armament meant that it was mostly deployed for night missions and sea patrols; although it was also used for towing gliders and as a transport plane. 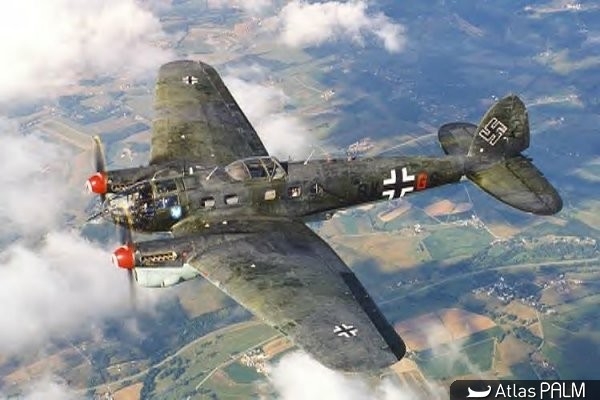 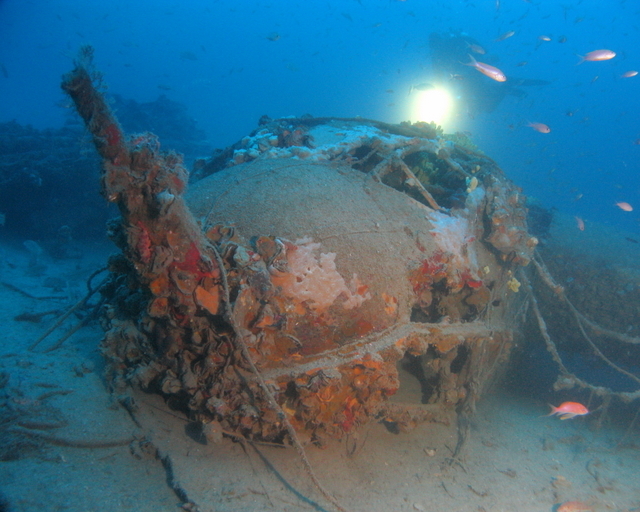 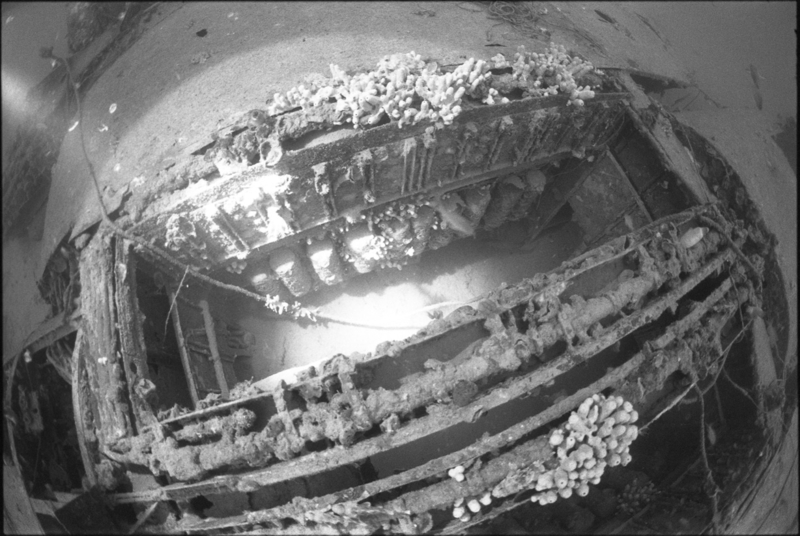 Underwater view of the front of the Heinkel 111. The nose machine gun mount is still in place.