Corsica has been a strategic position in the Mediterranean since ancient times. The bay of Saint Florent opens on to the West Mediterranean and soon established itself as a focal point for commerce and culture, and of course conflict between European fleets. Discovered in the bay in 2006, the sixteenth-century Mortella 3 wreck was excavated yearly between 2010 and 2015 by the Nautical Archaeology Research Centre (CEAN) with support from DRASSM and the local authorities.

The principal purpose of the excavations was to identify the ship’s characteristics in terms of structural proportions, size (in particular the keel) and shape. The final excavations looked in detail at the wreck’s bow and stern. Several potsherds and cannonballs were found, as well as a remarkable wooden artefact measuring about 2 m² which was deduced to be part of the rudder. This was a huge discovery because only three rudders dating from the sixteenth century have ever been found. This key find yielded crucial information on the ship’s steering system. 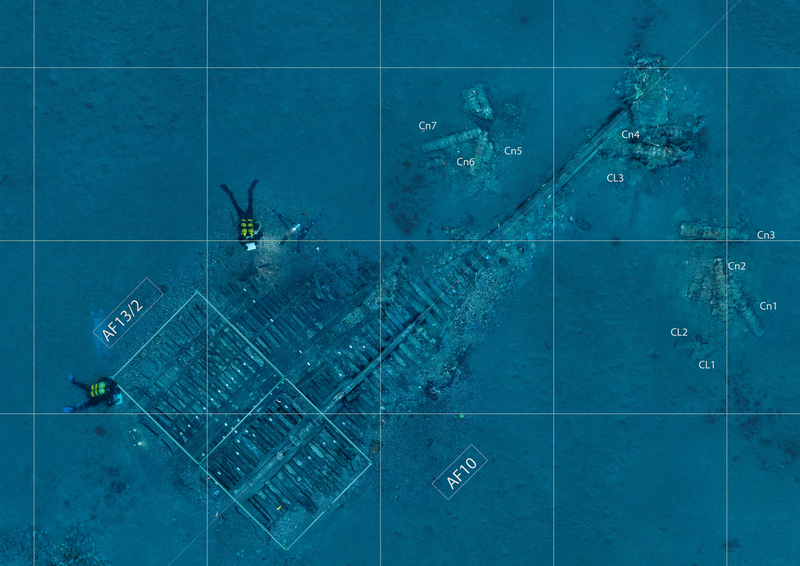 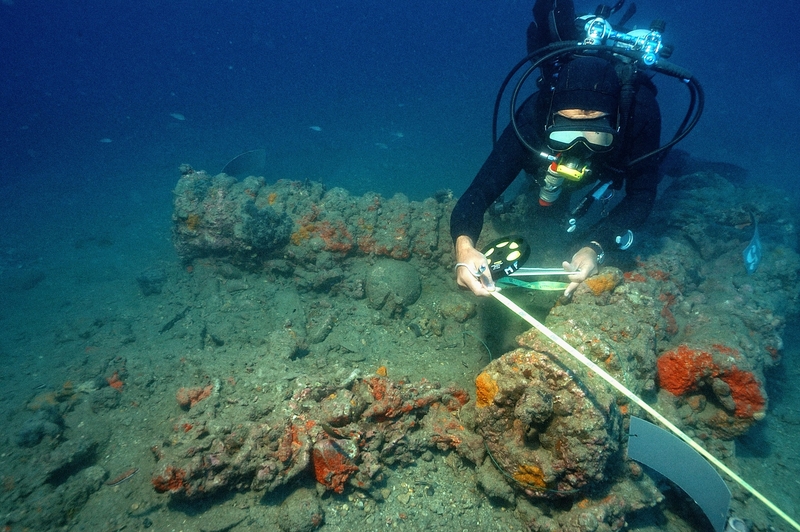 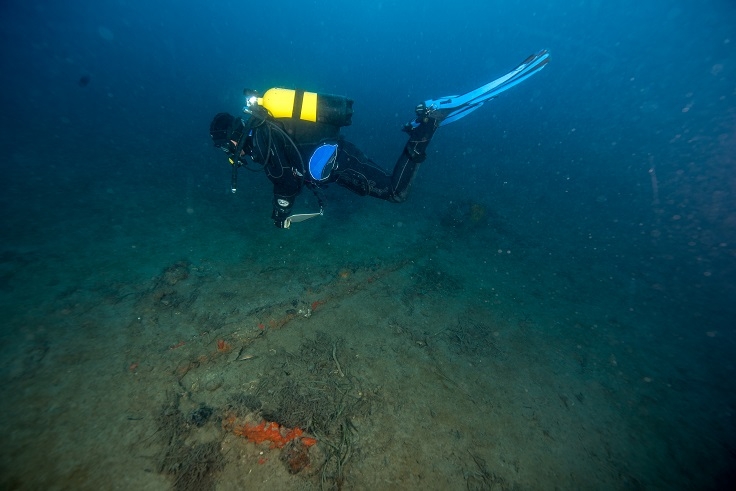 Overview of the wreck.

The anchor under sediment.