The Bloscon 1 wreck was discovered in 2014 off Roscoff, to the east of the island of Batz. It was found to have a cargo of tin ingots. Some marks on the ingots suggested the wreck dated from the Roman period. Excavations followed in early 2015 with logistical support from the André Malraux and the Marine Biological Station of Roscoff. A 3D map of the site was made, showing the precise location of each ingot in the cargo. Despite difficult weather conditions, archaeologists were able to catalogue more than 800 ingots and ingot fragments. Excavations in 2017 yielded more than eighty everyday objects belonging to the sailors aboard, such as tableware (ceramic, tin, glass), pig bones, and counterweights and spring balances made of bronze and lead. These artefacts suggest the ship foundered in the second or third century.

The cargo was estimated at eight tonnes. Further study enabled the archaeologists to classify the various shapes and sizes of the ingots into distinct morphological groups. Metallographic studies on the cargo revealed a mixture of pure tin adulterated by its sojourn in the sea, and other tin and lead alloys. 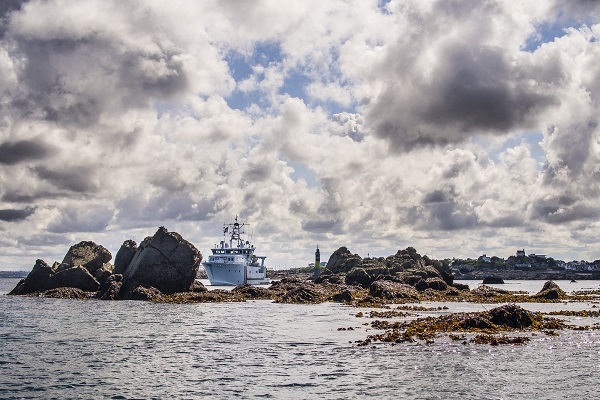 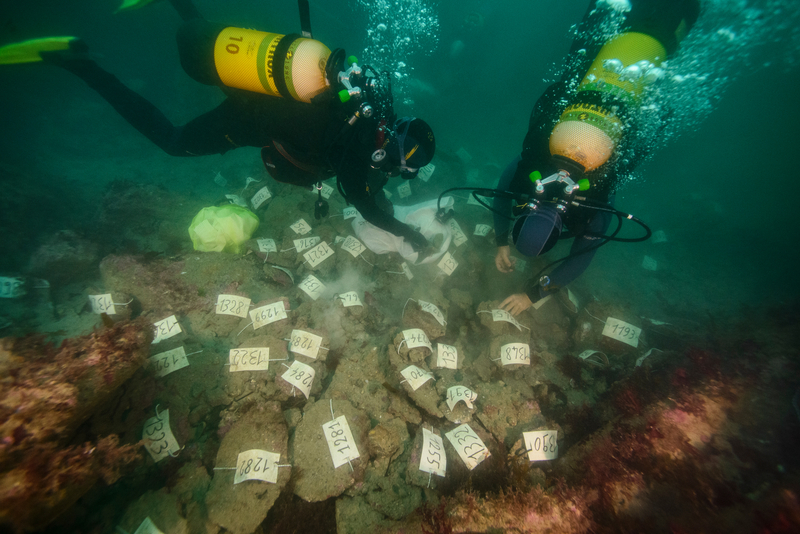 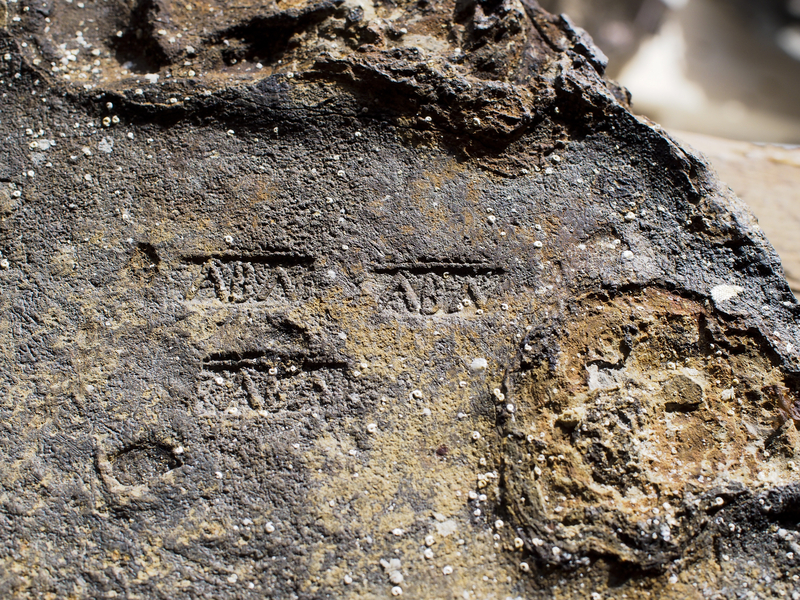 Underwater view of the site in 2015. The ingots are numbered.

A first layer of ingots is placed on pallets

Close-up on an ingot where the inscription ABN appears several times.