The steamship (SS) Train Ferry No. 3 and later His Majesty’s Ship (HMS) Daffodil was designed to carry rail freight vehicles so their contents did not have to be unloaded into the hold of the ship. During WWII the vessel was converted into a type of landing craft carrier with a stern ramp called a Landing Ship Stern Chute (LSS). Built in 1917, she was 107 m long, 18 m in the beam and had four pairs of rails fitted to her deck. HMS Daffodil was sunk by a mine off Dieppe in 1945.

Under the direction of Michel Huet, the study of the wreck began in 2010/1 with extensive archival research and field observations. A plan of the main deck was made between 2012 and 2014. Today, the ship is broken in two. Some characteristic features of the wreck were also analysed. Measurements made by DRASSM in 2017 using a multibeam echo sounder turned out to be almost identical to the ones divers made from video recordings. 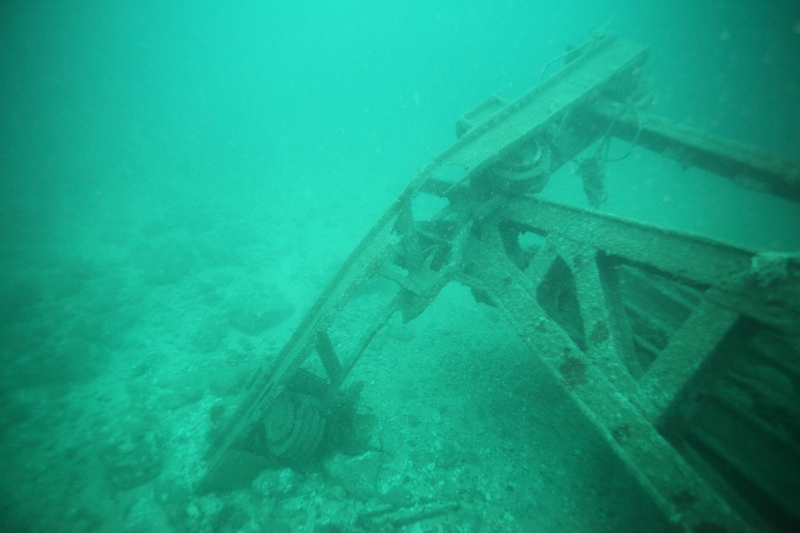 HMS Daffodil as it was when it sank.

Gantry crane on the moveable deck of the Daffodil.

Recording the main deck of the wreck of theDaffodil.