Carro 4 lies in 10–15 m of water to the west of Carro Harbour, near Martigues. The wreck was reported in 1968 and surveyed three years later. The site appears as a collection of unbroken blue and white mediaeval bowls, mixed with fragments of Roman amphorae originating from an older wreck. Fresh developments in the research on trade in the Middle Ages encouraged DRASSM to schedule a new survey in 1991; however the site had almost disappeared and the only remaining traces of its existence were a bowl, a score of fragments, and the neck of a jar. Fewer than seventy artefacts were found, mostly bowls decorated with cobalt blue enamel. Some of these had small handles. Further analysis of the bowls showed that a crown motif was by far the most common decorative style, involving almost half of the collection. Other patterns included flowers, animals, inscriptions and geometric figures. All the ceramics would have been packed for transportation in large jars containing up to 600 items, and were produced in Valencia, Spain. The wreck dates from the early fifteenth century. 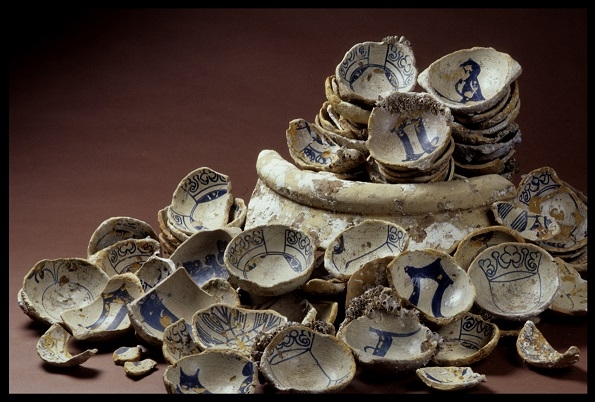 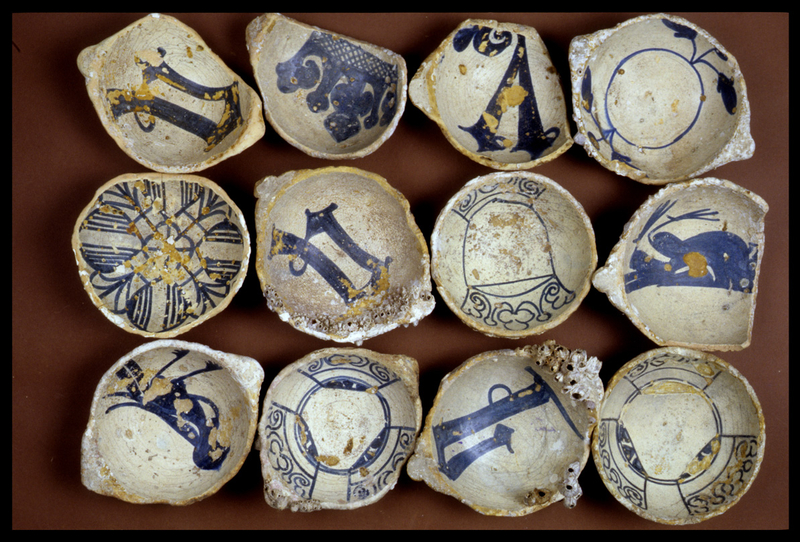 Set of bowls and jar neck.