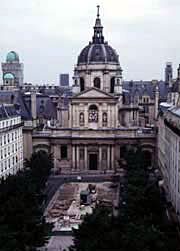 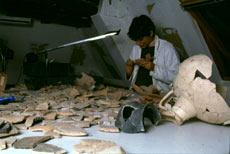 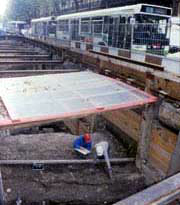 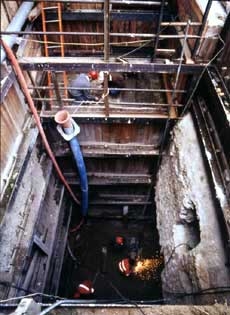 Excavation by the Commission du Vieux Paris at the Place de la Sorbonne.

Excavation by the Commission du Vieux Paris on the Boulevard Saint-Michel.

The archaeological department consists of a team of archaeological curators, another team dealing with topography, computer-aided publishing and GIS (geographical information system), staff members in charge of inventory, a restoration lab, two photographers, a documentation and archives department and a library.

The main responsibilities of the archaeological department include managing and overseeing archaeological excavations (in partnership with the Regional Archaeology Department and the INRAP), cataloguing and managing the archaeological collections of the city of Paris (part of which is on display at the Carnavalet Museum, and publishing and presenting the department's research results for both the general public and the scientific community.