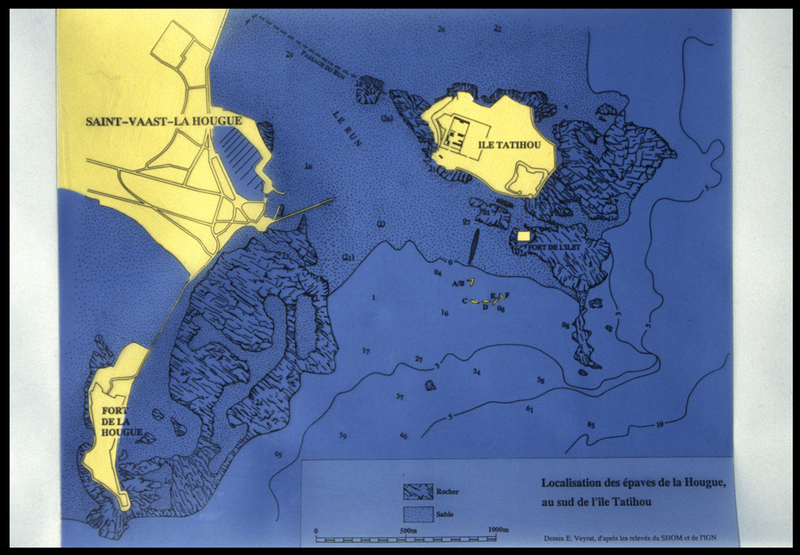 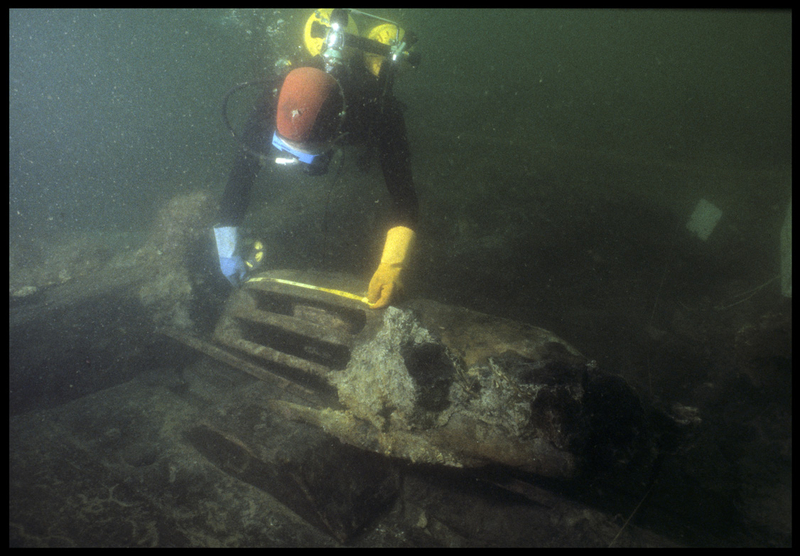 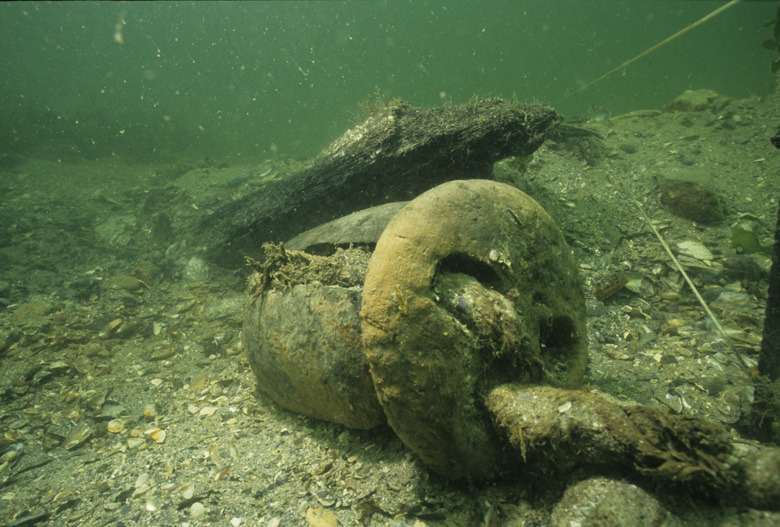 Location of the Hougue wrecks to the south of Tatihou.

Saint-Vaast-la-Hougue, wreck A/B. Block known as a clew-line, equipped with a wooden sheave. It was found with its strop still in place.

After an intense battle against the Anglo-Dutch fleet, on 2 and 3 June 1692, twelve French ships disappear into the flames near the Ile Tatihou, at Saint-Vaast-la-Hougue. Three centuries later, archaeologists excavated five wrecks, which revealed the progress made by French naval dockyards at the end of the 17th century. The architecture of these vessels reflects intentions to standardise and improve the construction of large ships for the King during the 17th century. From 1991 to 1995, 130 archaeologists from fourteen countries worked during five excavation campaigns. Along the course of 5,000 diving hours, hundreds of objects raised from the Saint-Vaast site tell the story of the French Royal Navy. The wealth of these wrecks justified in 1992 the creation of the Tatihou maritime museum, which opened to the public with a first exhibition titled Ships and Men. This project marks a major turning point in the partnership between DRASSM and local authorities. It opens the way for the study of the Natière wrecks in Saint-Malo, which after the year 2000 becomes the largest European underwater archaeology excavation site.