The finder of the Ploumanac’h wreck immediately salvaged forty-two ingots of various shapes. Lying in a wide crevice 3 m deep and three miles off the coast, the wreck was surveyed by DRASSM in 1983 and then excavated by the same over the following three years. The deposit yielded 271 ingots weighing between 28 kg and 140 kg, amounting to a total of 22 tonnes of lead. Inscriptions on the ingots indicated the Romanized names of Celtic tribes in Great Britain, such as the Iceni and the Brigantes, alongside proper names such as Civilis and Clementini, and Roman numerals which corresponded to the weight of each piece. These lumps of lead, probably made in the late fourth century, are the first material evidence of the trading routes which crossed over the Channel and Gaul to supply Rome with raw materials from the island of Great Britain. Excavated in difficult sea conditions and on a tight budget, the archaeologically rich Ploumanac’h wreck was for DRASSM, whose operations were hitherto confined to the Mediterranean, the gateway to France’s western seaboard. These pioneering west-coast excavations moved on to the waters of Aber Wrac’h in 1987. 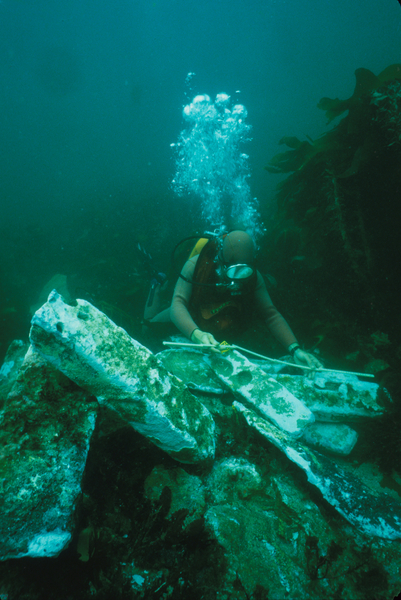 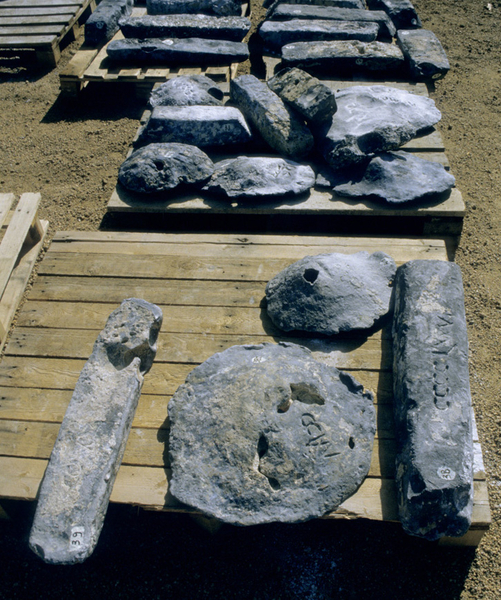 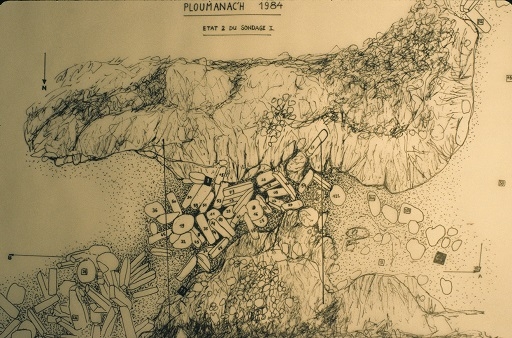 The Roman numerals give the initial weight of the ingot. They can be different shapes.

Drawing of the Ploumanac'h wreck deposit in 1984.