Reported in 1995 and surveyed the following year, the archaeological deposit discovered off Saint Malo was clearly an exceptional find from the outset. Situated near rocks known locally as La Natière, the site extended across an area of 1,000 m² at depths of 8–18 m. Excavations, which began in 1999 and continued until 2008, confirmed in 2000 the presence of at least two wrecks. These were designated Natière 1 and Natière 2.

Supported by France’s Ministry of Culture and the local authorities, the project grew into a major archaeological event. Hundreds of international specialists rubbed shoulders and developed pioneering methods. Archaeologists, radiologists, vets, botanists, bomb disposal divers and photographers contributed to what would become the largest underwater excavation site of the early 2000s. Drawing on this welcome expertise, the excavating team worked relentlessly on the site despite the strong tidal currents that swept through it. Several thousand significant artefacts were brought up from the site, including rigging gear, kitchen utensils, tableware, tools, personal belongings, guns, swords, pistols, barrels, iron ingots, and navigation instruments. This extraordinary collection of material culture documents the final moments of two large privateer frigates, the Dauphine (sank 1704) and the Aimable Grenot (sank 1749), built respectively in Le Havre and Granville. 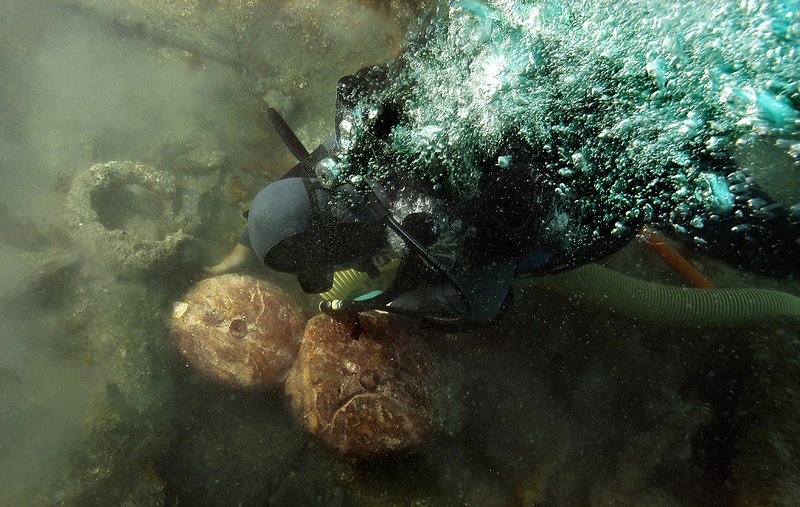 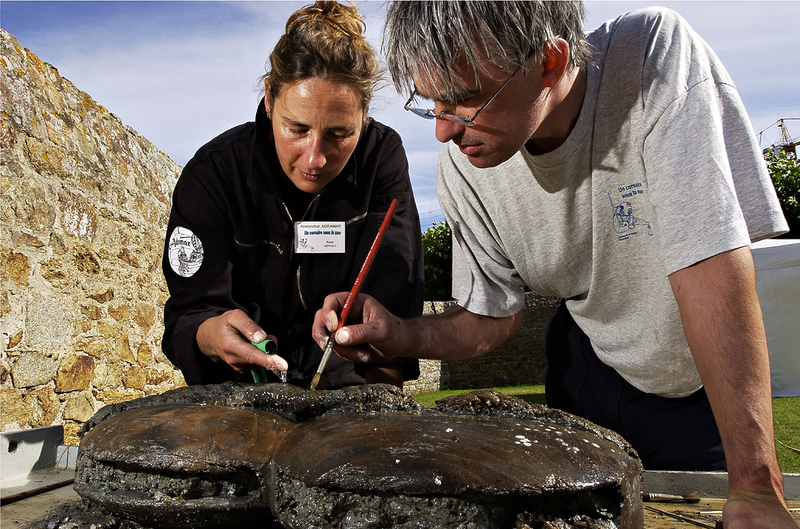 Entering the water from theHermine Bretagne.

Excavation of a fiddle block on the wreck of the Dauphine.

The pulley just after it had been raised, in the care of archaeologists.