The wreck known as Les Médailles lies in 34 m of water some 400 m to the west of the island of Les Embiez. It was eventually identified as the Neapolitan brig Ghiasone which foundered in 1834.

Excavations in 1991 on one end of the hull were unable to determine with absolute certainty that it was the stern, because the transom and the rudder had been ripped off during the shipwreck, a fact confirmed in the account deposited in the archives. As for the bow, it seems that large amounts of metal fell on top of it during impact which then developed into a gigantic concretion. The only way to prove this hypothesis would be to remove the concretion using sufficiently powerful lifting equipment.

The ship carried bric-a-brac and trinkets, and among the artefacts excavated were items of the cabinet-maker’s trade, glass bottles and phials, copper rings bearing romantic inscriptions, costume jewellery, mother-of-pearl scissors, sewing thimbles, needle-cases, and thousands of types for use in letterpress printing. Also found were ornamental items, urns, pedestals, vases, a bust of Napoleon I, and some pretty bronze statues. 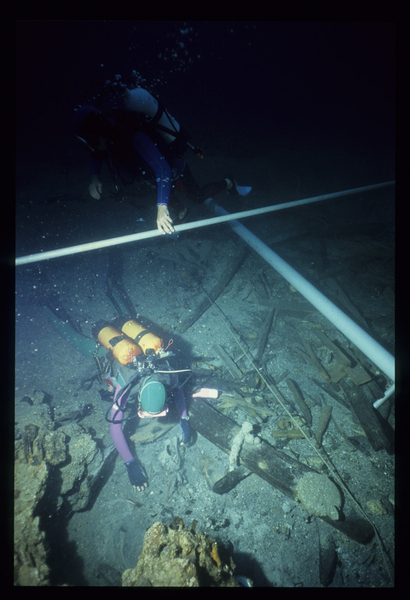 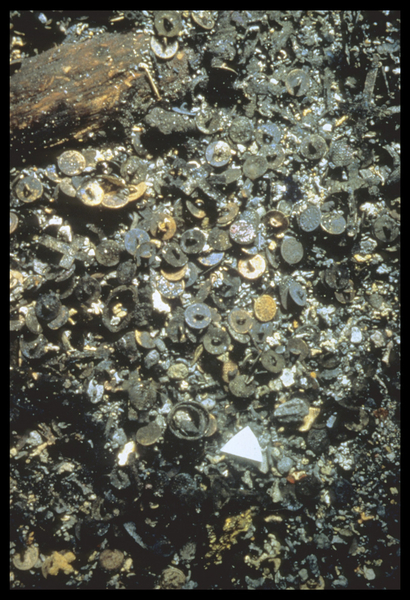 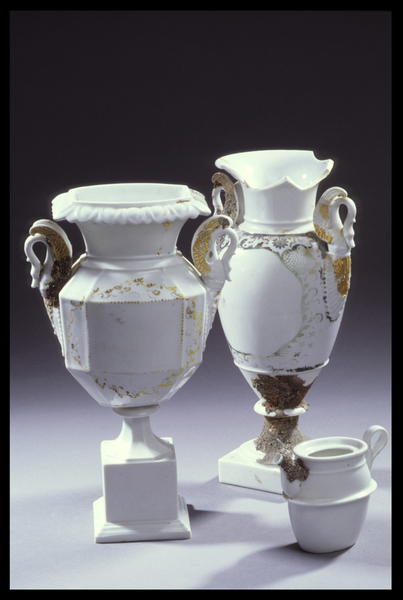 The level of concretion hampered the excavation.