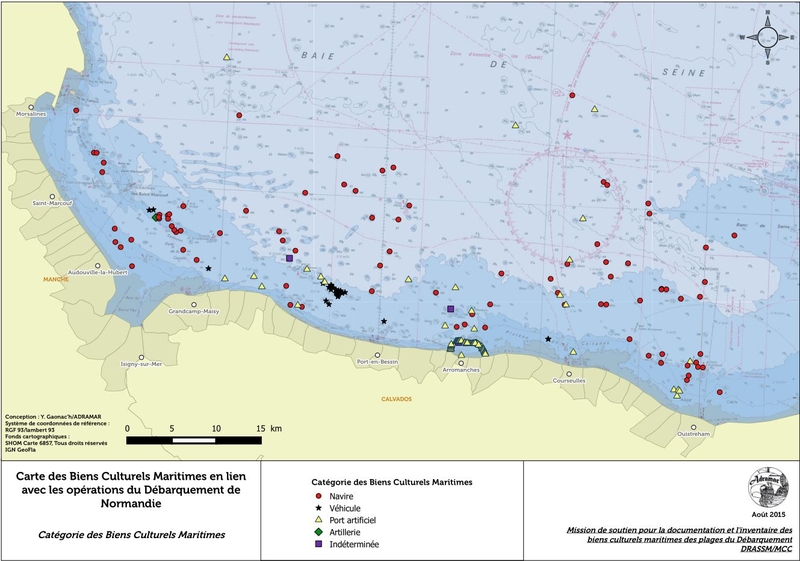 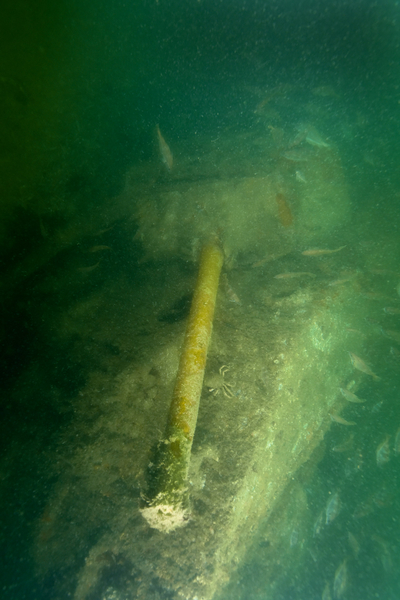 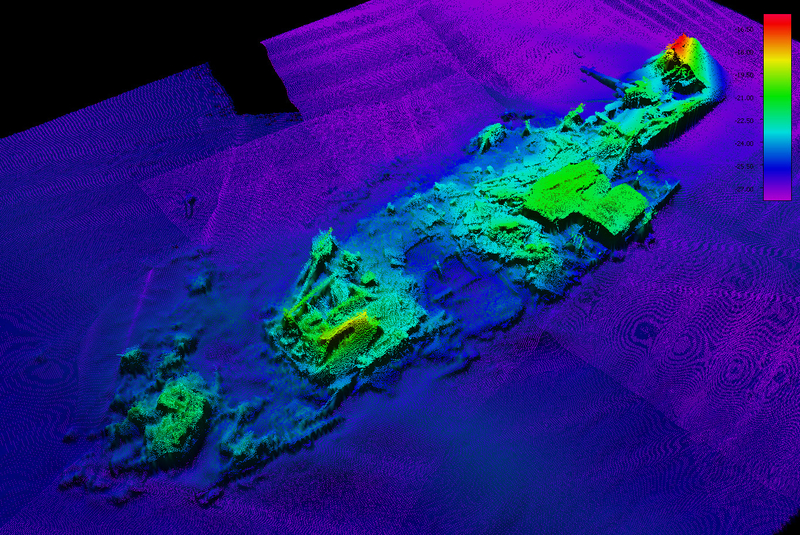 Map of the maritime remains of the Normandy landings.

This Sherman tank lies off Sword Beach. Unlike the tanks sunk off Omaha Beach, it is not an amphibious tank.

The multibeam echosounder fixed under the hull of theAndré Malraux gives an overview of an archaeological site, including its location, orientation and state of conservation. The wreck shown is the Susan B. Anthony, a liner used to transport troops.

Archaeology of the great wars of the twentieth century began in France with the excavation of several sites associated with the First World War. The study of remains dating from the Second World War commenced in the same period with renewed interest in the vestiges of the Atlantic Wall.

These contemporary sites account for 80% of the underwater cultural heritage catalogued in the Channel. Since the first decade of the new millennium American, British, Canadian and French professional archaeologists and teams of volunteers have been studying the maritime remains of the Normandy Landings.

DRASSM, in partnership with Normandy Council, has been methodically analysing data found in archives and in the field since 2015. The goal is to establish a comprehensive catalogue of these archaeological deposits which, to date, number 125. Deposits include shipwrecks, the remains of the artificial harbours of Arromanches and Saint Laurent-sur-mer, and even the amphibious Duplex Drive Sherman tanks which sank off Omaha Beach. These remains are in a very poor state of preservation and, as a result, are subject to measures to ensure their preservation through study.

Archaeology of the Great War