Aber Wrac’h 1 was discovered in 1985, its presence given away by an incongruous mound of stones on a sandy slope. The wreck’s structure was in a good state of preservation despite the tidal currents which scour the area. An initial survey belied the hypothesis put forward by the finder that Aber Wrac’h 1 was the corvette Reprise which foundered in 1795. The hull was found to be clinker-built and appeared much older. A major international multidisciplinary programme was set up in 1987 to pursue the study of the Aber Wrac’h 1 wreck.

The material culture recovered from the wreck was particularly revealing. It included a lantern similar to the one found on the wreck of the Mary Rose (1545, England), some Breton pottery, two wooden combs, and numerous animal and plant remains which provided information on shipboard diet in the Late Middle Ages. The case for dating the wreck to the mediaeval period was reinforced following the analysis of eight coins found in the ballast.

The ship was large, measuring 25 m in length and 8–9 m in the beam, and her structure was consistent with mediaeval iconography; although the presence of several ‘crossbeams’ on the site was very unusual. Research on the correspondence of Duke Jean V of Brittany unearthed the mention of a shipwreck in 1435, a possible candidate for the wreck. Aber Wrac’h 1 is still the only known mediaeval wreck on France’s west coast to have been excavated. 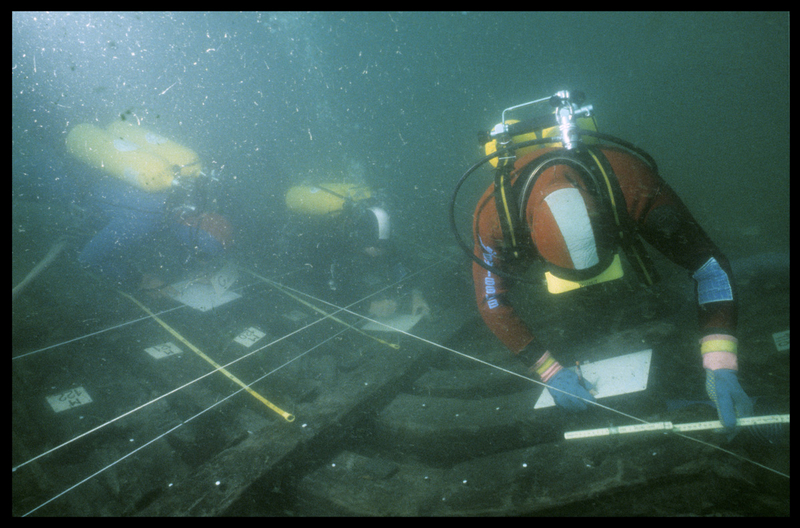 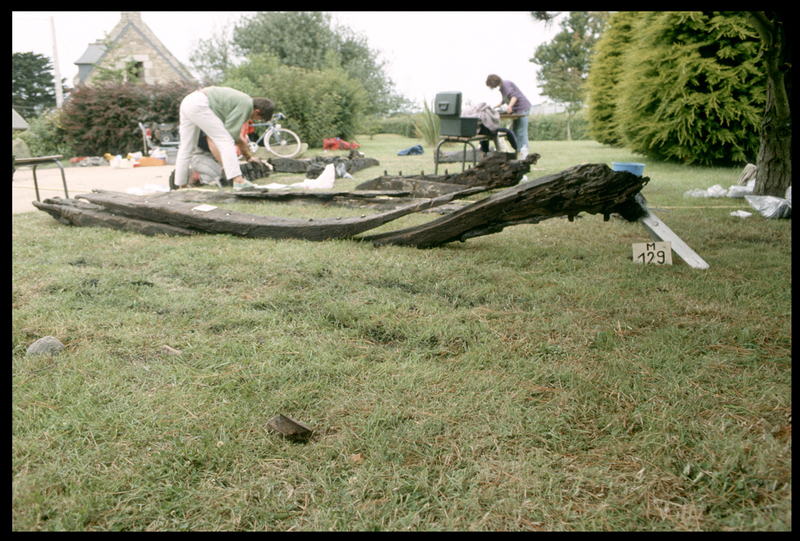 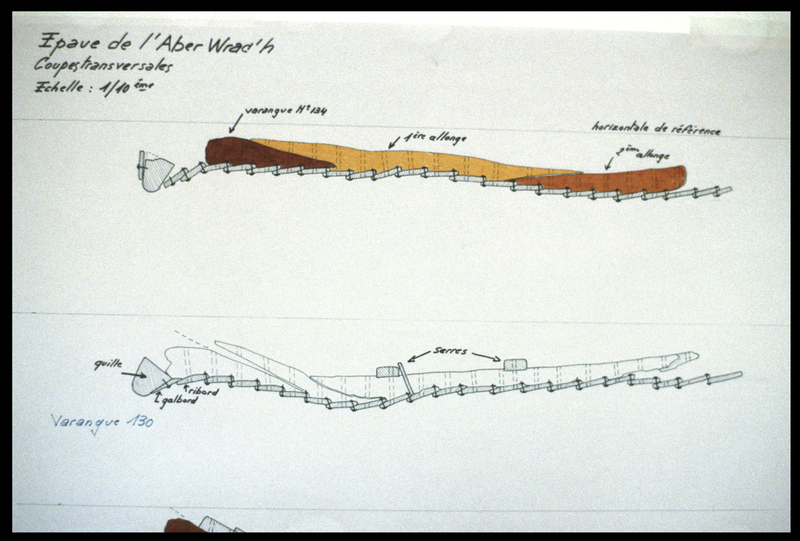 Plan and elevation drawings of the bottom of the ship

Temporary study of the retrieved frames on land.